Syria Feature: 4 Years After Detention, A Journalist’s Death is Confirmed 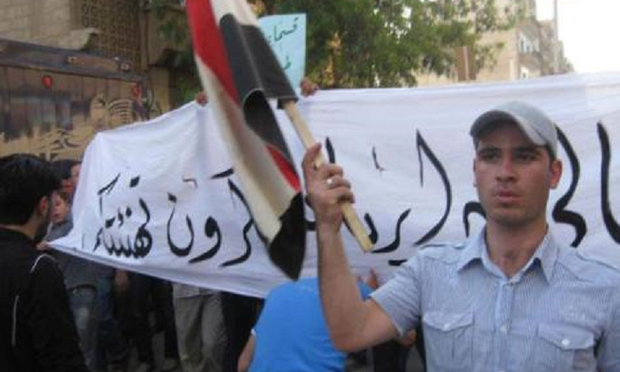 Middle East Eye writes about one of the thousands of Syrians who have died in the Assad regime’s prisons:

Tributes have poured in for a Syrian journalist arrested in 2012, whose death in prison was confirmed to relatives last week.

Nabil Churbajie was a founding member of the news site Enab Baladi, which provided local and national news from Darayya, a small town close to the capital Damascus that was evacuated in August 2016 after years of siege by pro-government forces.

Churbajie was arrested on 26 February 2012 as he walked to a friend’s house. Earlier in the day, he had posted a video on YouTube showing anti-government activists in Deraa burning a draft copy of a new constitution proposed by President Bashar al-Assad.

His last Facebook post before his arrest read: “I swear we will not be silent in the face of the oppression or murder of any person. We are prepared to die for this cause, because we love Syria and we will sacrifice ourselves for it.

“We reject the use of murder to silence people – we are fighting for a nation with laws and a free judiciary.”

Churbajie was imprisoned alongside other well-known activists and opponents of the government.

Whilst detained in Adra Prison on the outskirts of the capital Damascus, Churbajie wrote the names of fellow prisoners in blood on a piece of fabric from a detainee’s shirt.

The shirt was smuggled out by fellow prisoner and human rights activist Mansour Omari, who was released in February 2013. 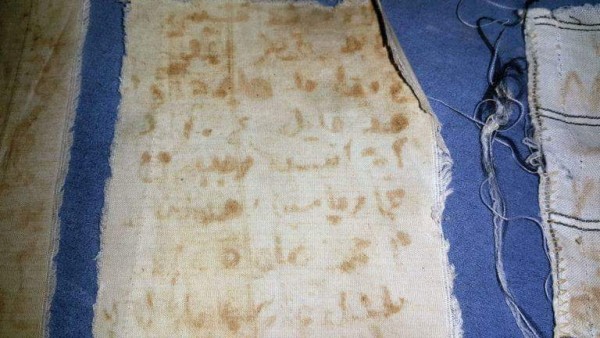 However, his relatives had earlier identified him among a cache of 11,000 photos secretly smuggled out of Syria by an army photographer who defected to the opposition.

The photographer, codenamed Caesar, photographed the bodies of thousands of people who died under torture in government prisons, before escaping the country to live in secrecy as an exile in Europe.

He published his cache of over 11,000 photos in 2014. Since then, many families have discovered pictures of their relatives among the dead and identification efforts are ongoing.

Mohammed Issa, a relative of Churbajie, wrote after confirmation of his death that “all [the family] knows is that he died in May 2015.

“May God grant him to rest in peace, and give strength to our hearts.”

Mohja Kahf, a Syrian poet living in the US and a friend of Churbajie’s, wrote a poem describing the mysterious circumstances of his death.