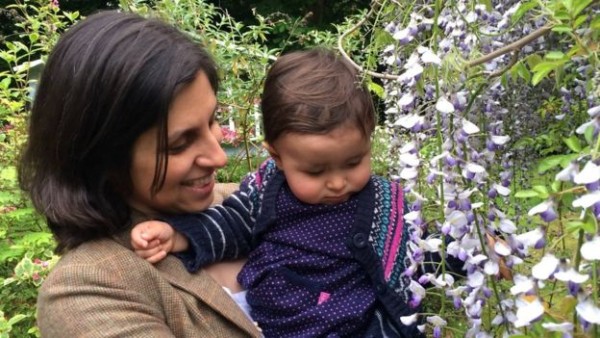 Judiciary spokesman Gholam Mohseni Ejei confirmed that the sentence, imposed in September, will not be reduced.

Zaghari-Ratcliffe, who worked for the Thomson Reuters Foundation, was seized by the Revolutionary Guards’ Intelligence Organization in April, as she was leaving Iran with her two-year-old daughter Gabrielle after a visit to relatives.

The exact charges against Zaghari-Ratcliffe have never been revealed, although the judiciary and Iranian State media indicate they relate to “national security”. She was condemned by Judge Abolghasem Salavati, known for his harsh punishments, in the Revolutionary Court. Her husband Richard Ratcliffe was not told of the sentence until his wife called from prison.

Zaghari-Ratcliffe’s daughter, whose passport was taken, remains in Tehran with her grandmother.

The Revolutionary Guards have detained a series of dual nationals since last autumn, in a crackdown which appears to be a challenge to the Rouhani Government as well as a maneuver versus Iran’s supposed foes.

Among those given lengthy prison terms are Iranian-American oil executive Siamak Namazi and his 80-year-old father Baquer, a Canadian-Iranian who is a former UNESCO official; Lebanese-Iranian activist Nazar Zaha, a US resident; and Iranian-American student Robin Shahini.

In July, Iranian-American dual national Karan Vafadari and his wife Afarin Neyssari, who run an art gallery in Tehran, were detained without charge and held in Evin Prison without access to lawyers