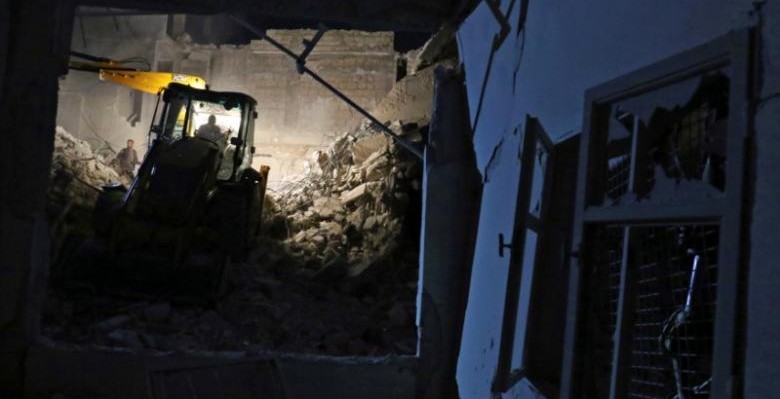 Iran Daily: Rouhani Confers Again With Putin Over Syria
Analysis: Aleppo Was Not an “Evacuation” — It Was a Crime of Forced Displacement

Days after the completion of removals from opposition areas of Aleppo city, Russian and regime warplanes have renewed airstrikes across northwest Syria, raising concerns of a ground offensive.

There were attacks across western Aleppo Province, where many civilians were taken from Aleppo city over the last 10 days. Videos showed Russian night-time assaults, reportedly with cluster bombs, on areas such as the town of Khan al-Asal. Witnesses said Hreitan and Anadan were also bombed.

President Assad has pledge to defeat all “terrorists” following the reoccupation of Aleppo city, portending an assault to recapture Idlib Province, held by the opposition since March 2015. Iran has indicated that it will support Assad. Russia is between the Assad-Iran position and its shift to cooperation with Turkey, which borders Idlib Province and has been a long-time backer of the Syrian opposition and rebels.

Aftermath of strikes on Atareb in western Aleppo Province — six civilians, including two children and a woman, were killed:

Pro-Assad forces are trying to move into the Wadi Barada pocket, northwest of Damascus.

Hezbollah and regime troops are attacking the area, with fire support from Presidential units including artillery and rocket-assisted mortars.

Wadi Barada is south of the towns of Zabadani and Madaya, both besieged by pro-Assad forces since July 2015. 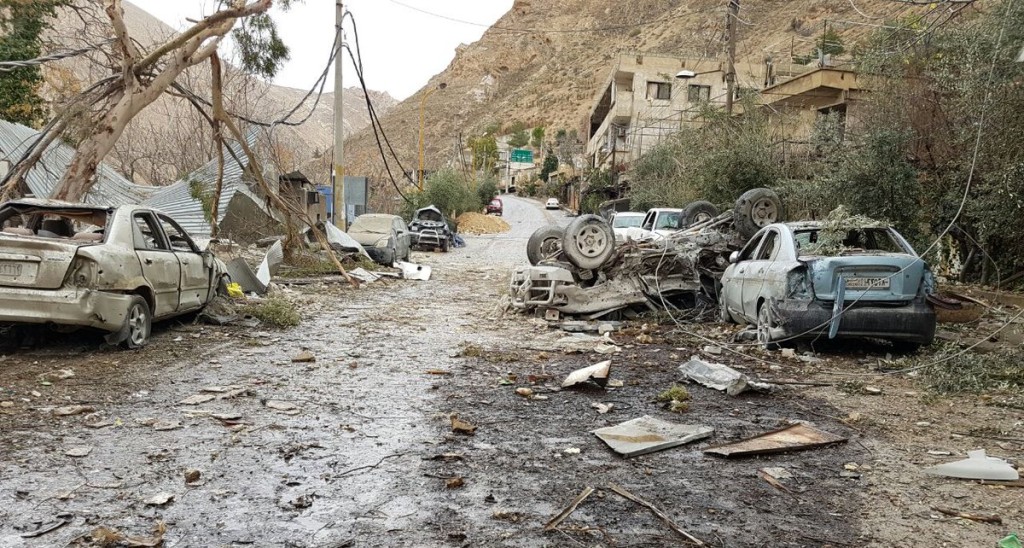