Syria Daily: Rebels to US — We Will Not Leave Aleppo 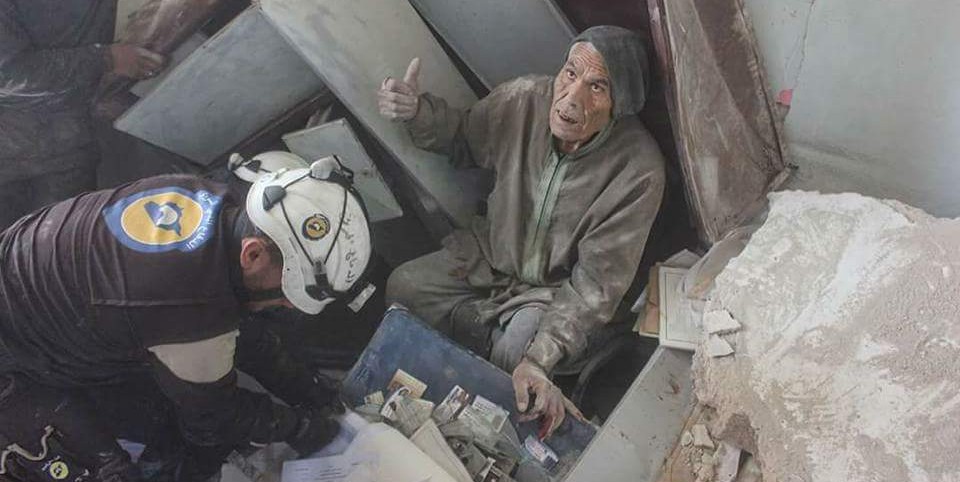 Eulogy for My Brother
Touring Aleppo With Assad’s Industrialists

Syria’s rebels have told the US that they will not leaved besieged and bombarded Aleppo city, despite the advance of a pro-Assad offensive.

Zakaria Malahifji of the Fastaqim faction said the message was delivered on Saturday via contacts to American officials:

Our response to the Americans was as follows: we cannot leave our city, our homes, to the mercenary militias that the regime has mobilized in Aleppo…..

The US officials had asked the rebels, “Do you want to leave, (or) do you want to be steadfast?”, Malahifji said. The rebels responded with an allusion to the foreign forces attacking alongside the Syrian army and paramilitary units in Aleppo: “We cannot leave our homes to Afghanis, to Iraqis, and so on.”

Malahifji added, “They listened to the response and did not comment.”

He repeated a call by rebels for the urgent delivery of food and medicine to eastern Aleppo city, cut off by a Russian-regime siege since late August, and for evacuation of the sick and wounded.

However, Russian Foreign Minister Sergei Lavrov repeated on Saturday that there must be talks for the departure of all rebels “without exclusion” from Aleppo before the siege is lifted and attacks stop.

All diplomacy is still alive…..That is [UN envoy] Staffan De Mistura’s goal, it is the apparent Russian goal, it is our goal.

Lavrov said Kerry had finally made proposals “in line” with those of Russian experts.

Russia has also been in discussions with Turkey — a leading backing of the opposition and rebels, but one that may have accepted the Russian-regime attempt to overrun eastern Aleppo city — this week.

The pro-Assad forces — Iranian units, Hezbollah, and Iraqi, Palestinian militia alongside regime troops and militia — have taken about 1/3 of opposition-held eastern Aleppo city since November 26. They are trying to seize other districts but have been held up by rebel resistance in the last 72 hours.

About 50,000 civilians are said to fled eastern Aleppo, some to regime-held neighborhoods and others to the mainly-Kurdish Sheikh Maqsoud. An estimated 220,000 people remain.

Killing the #Soul of #Aleppo is still going,everyone is looking for a safe place in city of death. #StandWithAleppo. pic.twitter.com/RuBE7Wg77q

At least 51 people have reportedly been killed so far on Sunday. Twenty-two of the fatalities were in Kafranbel in Idlib Province.

Civilians have also been slain by bombing of a market in Maarat al-Num’an.

A ugly Massacre in #Maart_AlNuman in #Idlib. Committed by the criminal #Russia|n warplanes. Killed and wounded dozens of civilians.#Syria pic.twitter.com/7tMlQ7TWrG

Aftermath of an attack of a market:

Video show aftermath in Suburb of #Idlib after #Russian air strikes targeted one of the vegetables markets result of killing 50 Civilian pic.twitter.com/B0APbSQ9sI 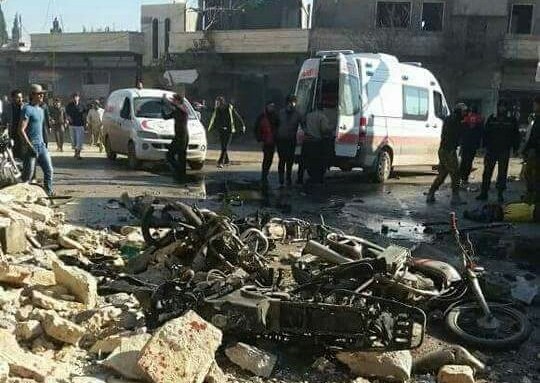 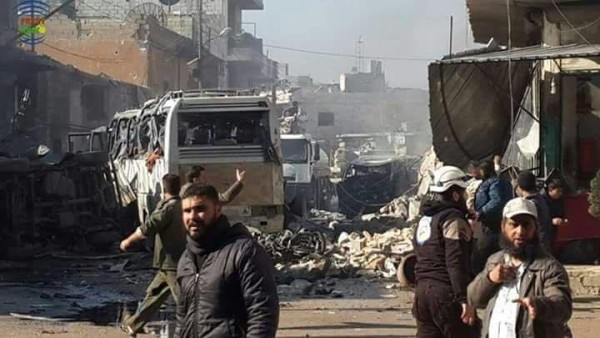 The Twitter account of 7-year-old Bana al-Abed, purportedly run by her mother Fatemah in eastern Aleppo city, has been deleted. 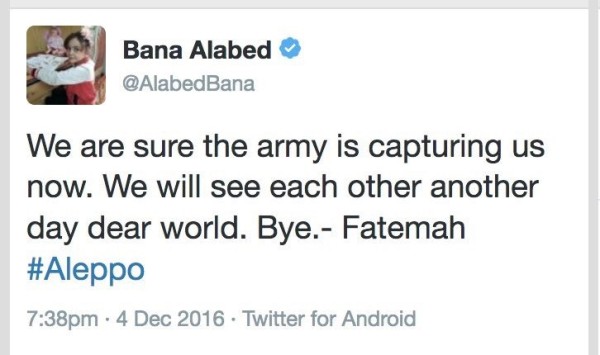 The account has become internationally prominent in recent weeks, with its first-hand account of life amid siege, bombardment, and pro-Assad ground attacks.

#BanaAlabed & her mam r fine & still n #aleppo. They decided 2 disappear 4 a reason. Plz respect that & let them have thier privacy. #Syria

Well-placed activists report that the jihadists of Jabhat Fatah al-Sham, formerly Jabhat al-Nusra, have attacked the headquarters of other rebel factions in eastern Aleppo city.

The activists said JFS/Nusra raided the headquarters of Jaish al-Islam and Faylaq al-Sham in the Kalaseh neighborhood, seizing ammunition and arresting fighters. A leader of Faylaq al-Sham was beaten.

JFS/Nusra left eastern Aleppo city in 2015 in an agreement with rebels. However, after fighting this autumn in the Ramouseh corridor, southwest of Aleppo, about 200-300 men were stranded amid the re-imposition of a Russian-regime siege and pulled back into the city. The fighters are reportedly seeking ammunition and weapons from rebel warehouses.

Another activist assesses that JFS/Nusra attacked because of its belief that rebel factions will reach a deal with Turkey and Russia to leave eastern Aleppo. Rumors have circulated that 13 factions are involved in discussions in Ankara.

A displaced brother and sister from al-Tal, southwest of Damascus, arrive at a camp in Idlib Province in northwest Syria: 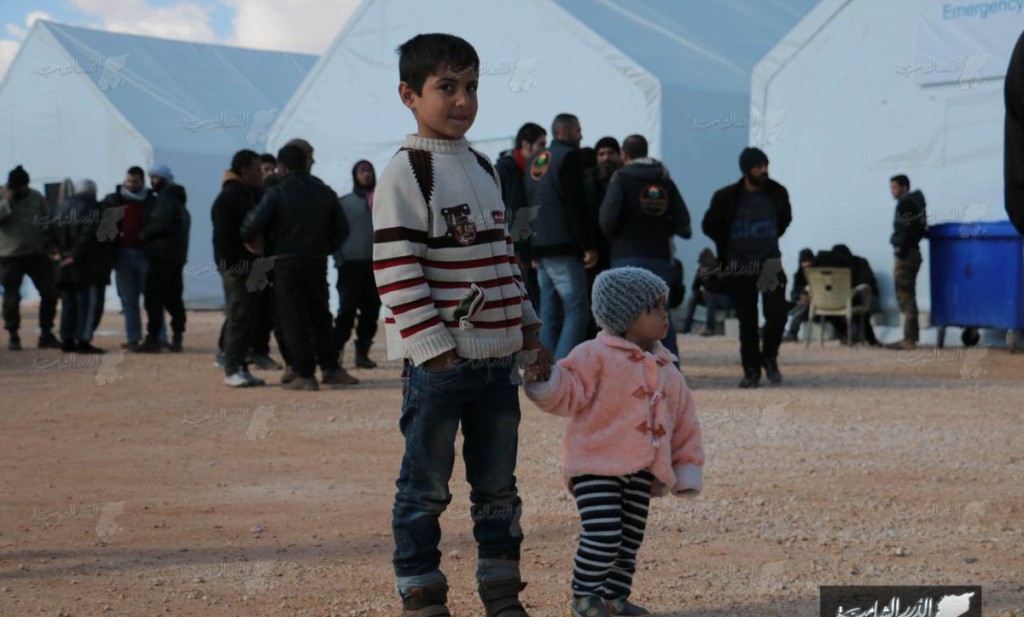 Hundreds of rebels and their families left al-Tal on Friday, in the latest of a series of capitulations to regime sieges and bombardments of Damascus suburbs.

See Removal of People in Another Capitulation Near Damascus 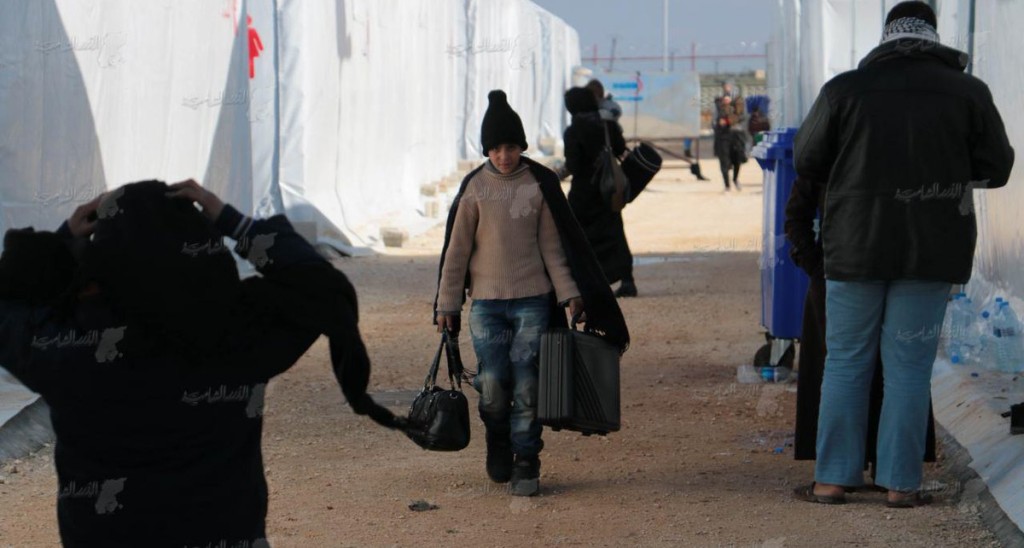