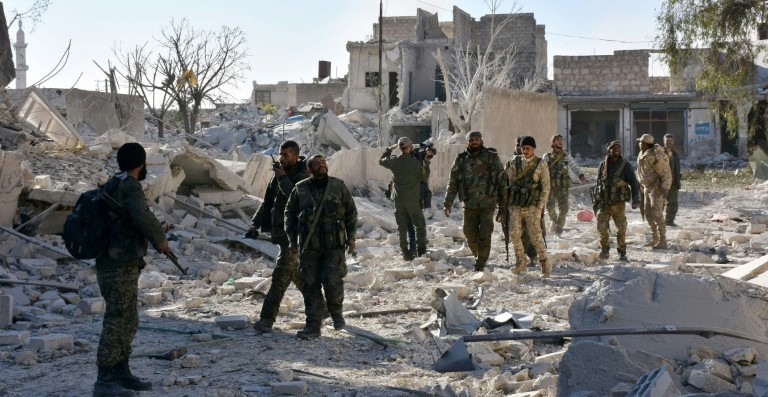 Jarrah also repors worries that the Internet supply, which comes from Turkey, will be cut by Kurdish forces who now control the Haydariya area: “The only other internet access will be through satellite internet systems which are rare in the city.”

ORIGINAL ENTRY: In one of the most significant breakthroughs in Syria’s 68-month conflict, pro-Assad forces have effectively split besieged, opposition-held eastern Aleppo in two.

On Saturday, the Syrian army, paramilitary units, and foreign militia took most of the district of Maskaken Hanano, in the northeastern part of the opposition territory. Rebels then appeared to fall back from frontlines on Sunday, as the pro-Assad advance took the rest of Masaken Hanano and districts such as Jabal Badro, Ba’ebdin, and parts of Sakhour.

The breakthrough follows a Russian-regime siege, re-imposed in late August, and six weeks of Russian and Syrian bombing that has killed more than 1,000 people. Food and supplies are scarce, with Moscow and the regime preventing any aid deliveries, following their aerial destruction of a UN convoy on September 19. The airstrikes on areas like Hanano have included chlorine weapons, according to doctors and residents.

Mohammad Adeeb, a spokesman for rebel faction Nour ed-Din al-Zinki, said, “In my five years of fighting, I’ve never seen such intense bombing as what’s gone on these past five days in Aleppo.” 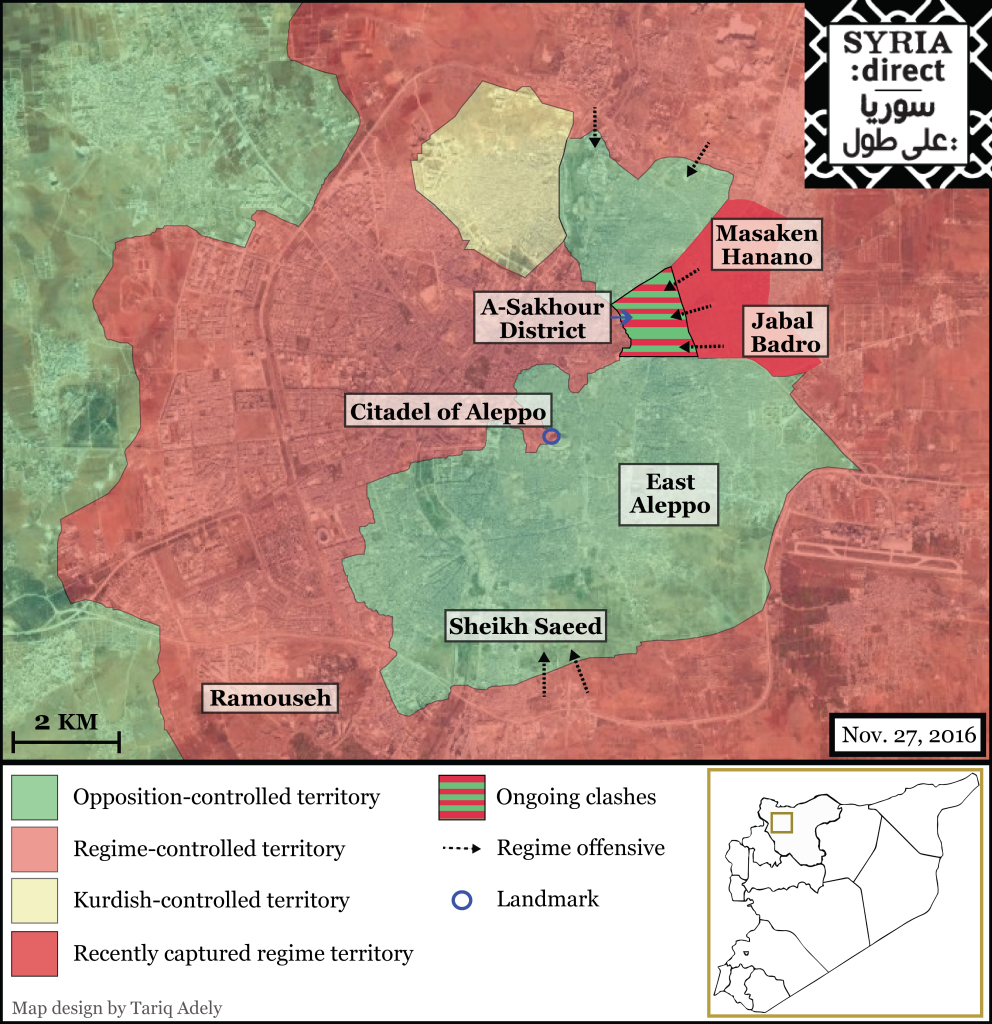 Claims said hundreds and even thousands of civilians fled areas of fighting over the weekend, many of them transferred into regime-held western Aleppo city.

“We left Hanano because of the bombardment from the Syrian army during their advance, and the chlorine gas,” one resident told Reuters as he waited with his wife, mother, and three children at a minibus stop.

Kurdish outlets said about 30 families have also moved into the mainly-Kurdish area of Sheikh Maqsoud.

The Local Coordination Committees documented 48 deaths in and near Aleppo on Sunday, amid continuing Russian-regime airstrikes on districts such as Sakhour, Haydariyah, and Bab Nayrab.

Fatemah al-Abed, a mother in eastern Aleppo whose Twitter account — run on behalf of her 7-year-old daughter Bana — has become a prominent first-hand account of life under siege and attacks, tweeted on Sunday:

Last message – under heavy bombardments now, can't be alive anymore. When we die, keep talking for 200,000 still inside. BYE.- Fatemah

Tonight we have no house, it's bombed & I got in rubble. I saw deaths and I almost died. – Bana #Aleppo pic.twitter.com/arGYZaZqjg

The report said five airstrikes, including cluster bombs and a missile, were carried out about 9:30 p.m. on the village of Zahra. At least two people were killed, and there were appeals for blood donations for the wounded.

Rebels surrounded Zahra and nearby Nubl for years until pro-Assad forces reached the villages in February.