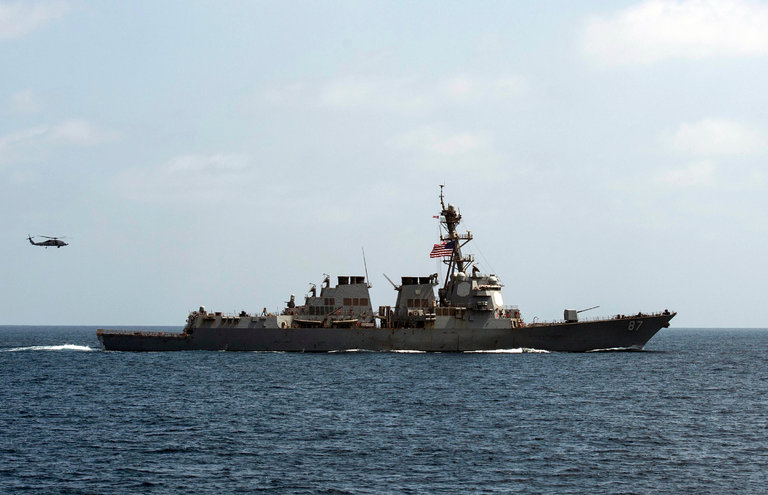 The US has directly intervened in Yemen’s civil war for the first time, with a warship firing cruise missiles at radar installations.

The Pentagon said the radar was used by the Ansar al-Allah (Houthi) movement, which controls the Yemeni capital Sana’a, and its allies to target another American warship in two missile attacks in the last four days.

On October 1, a similar attack destroyed a UAE military support ship. The USS Mason was not hit in the latest incidents, with the missiles falling short.

These limited self-defense strikes were conducted to protect our personnel, our ships and our freedom of navigation in this important maritime passageway. The United States will respond to any further threat to our ships and commercial traffic.

The military said three radar installations, “involved in the recent missile launches threatening U.S.S. Mason and other vessels operating in international waters in the Red Sea” and the Bab el Mandeb Strait, “were destroyed”.

The US-supported, Saudi-led coalition began airstrikes and ground operations against the Houthis in March 2015, soon after the takeover of Sana’a and the flight of the Hadi Government to the southern port city of Aden. More than 9,000 civilians have been killed since then, and much of the country is at threat of malnutrition and even famine, in part because of a Saudi-led naval blockade.

International attention has been drawn to the crisis by an attack, claimed to be a Saudi airstrike, which killed at least 140 people and wounded hundreds at a funeral reception in Sana’a last weekend.

Despite criticism of the Saudi-led campaign, the White House proceeded this year with a $1.15 billion arms deal for Riyadh that includes tanks and other heavy military equipment.

A “senior American military official” emphasized that the radar attacked on Wednesday were in remote areas, with little risk to civilians.