Iran Daily: “All Our Forces in Syria Are Volunteers”

Iran has provided essential military, political, and economic support to the Assad regime since 2012. However, since Russia’s aerial intervention in September 2015, Tehran’s forces have taken over many frontlines, especially in northwest Syria, with the Islamic Republic putting in thousands of troops as well as arranging for even more Iraqi, Afghan, and Pakistani fighters.

Tehran has continued to present its role in Syria as only “advisory” to the regime, holding back acknowledgement of an organized intervention by regular forces. At the same time, senior Iranian officials have signaled a commitment to a campaign to reclaim all of Aleppo city, divided since July 2012, from the opposition.

At the same time, Sanaei Rad implicitly acknowledged the sharp build-up in the Iranian intervention, saying that there are some many volunteers that the Guards do “not have the capability” to send them all to Syria:

Today even Artesh [Army] soldiers are volunteering to be deployed to Syria and defend the Holy Shrine [the Sayyeda Zeinab shrine south of Damascus, Iran’s pretext for the intervention]. At the same time, the [paramilitary] Basijis are also scrambling to defend the shrine.

The Supreme Leader greets the head of the Revolutonary Guards, General Mohammad Reza Jafari, and the head of the elite Quds Force, General Qassem Soleimani, at a religious ceremony on Wednesday: 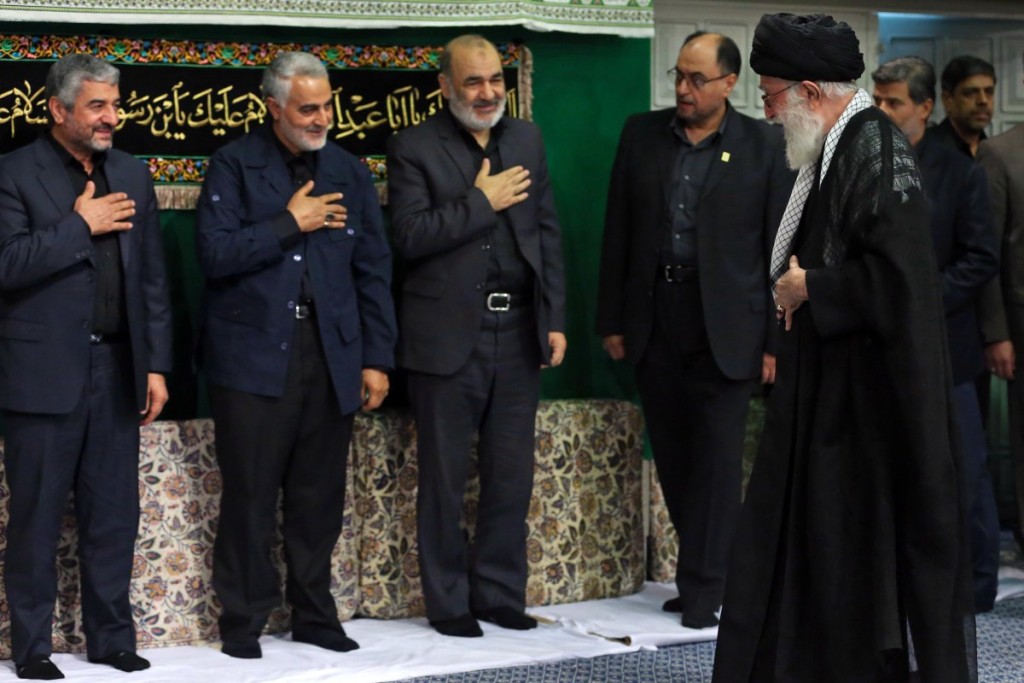 Ayatollah Khamenei also welcomed former President Mahmoud Ahmadinejad, despite blocking his campaign to return to office in the May 2017 election: 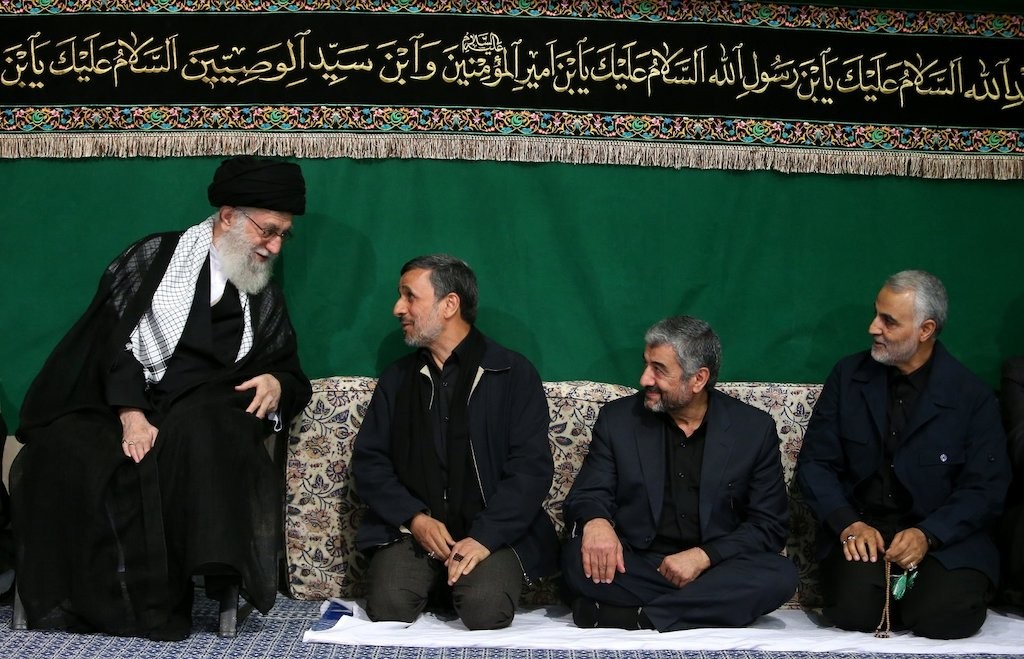