Syria v. Yemen Analysis: Why One War Gets Attention and Another Does Not 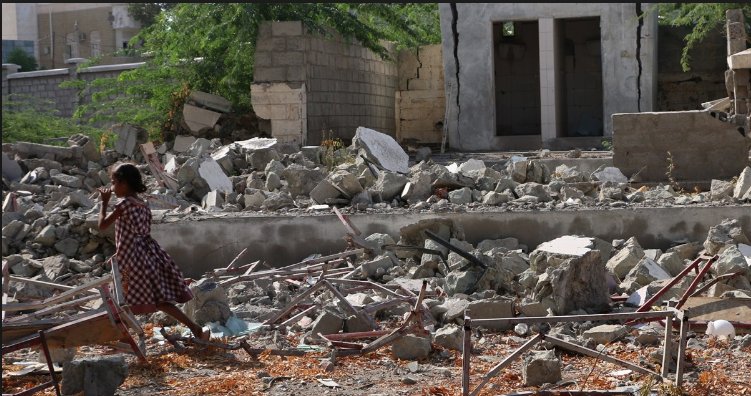 PHOTO: A child walks in front of a Yemeni school destroyed by a Saudi airstrike

It is a truth universally acknowledged by every war correspondent, humanitarian aid worker and Western diplomat: Some wars, like Syria’s, receive tremendous public attention, which can translate into pressure for resolution. But many others, like Yemen’s still raging but much ignored conflict, do not.

Some of the reasons are obvious; the scale of Syria’s war is catastrophic and much worse than Yemen’s. But attention is about more than numbers. The conflict in eastern Congo, for instance, killed millions of people and displaced millions more, but received little global attention.

Every country in the world has its own version of that dynamic, but it is uniquely significant in the United States.

A result is that American attention seems both vitally important and frustratingly elusive.

But when the world asks why America has forgotten Yemen and other conflicts like it, that has the situation backward. The truth is that inattention is the default, not the exception.

Conflicts gain sustained American attention only when they provide a compelling story line that appeals to both the public and political actors, and for reasons beyond the human toll. That often requires some combination of immediate relevance to American interests, resonance with American political debates or cultural issues, and, perhaps most of all, an emotionally engaging frame of clearly identifiable good guys and bad guys.

Syria: “A Rare Exception” to Ignorance

Most wars — including those in South Sudan, Sri Lanka and, yes, Yemen — do not, and so go ignored. Syria is a rare exception, and for reasons beyond its severity.

The war is now putting United States’ interests at risk, including the lives of its citizens, giving Americans a direct stake in it. The Islamic State has murdered American hostages and committed terrorist attacks in the West.

And the war offers a compelling tale of innocent victims and dastardly villains. The Islamic State is a terrorist organization with a penchant for crucifixions and beheadings. President Bashar al-Assad of Syria and his patrons in Iran are hostile to the United States and responsible for terrible atrocities. And now Russia, which is at best America’s frenemy, is fighting on their side as well.

The Obama Administration’s refusal to bomb Syria in 2013, and subsequently to intervene more fully, has also made this a domestic political dispute, giving politicians on both sides an incentive to dig in. This provided an appealing focal point for election-year political debates over Mr. Obama’s foreign policy and for how to assign blame for the Middle East’s collapse. Those debates have sharpened and sustained domestic attention on Syria, giving both the public and politicians reason to emphasize the war’s importance.

But it is rare for so many stars to align. 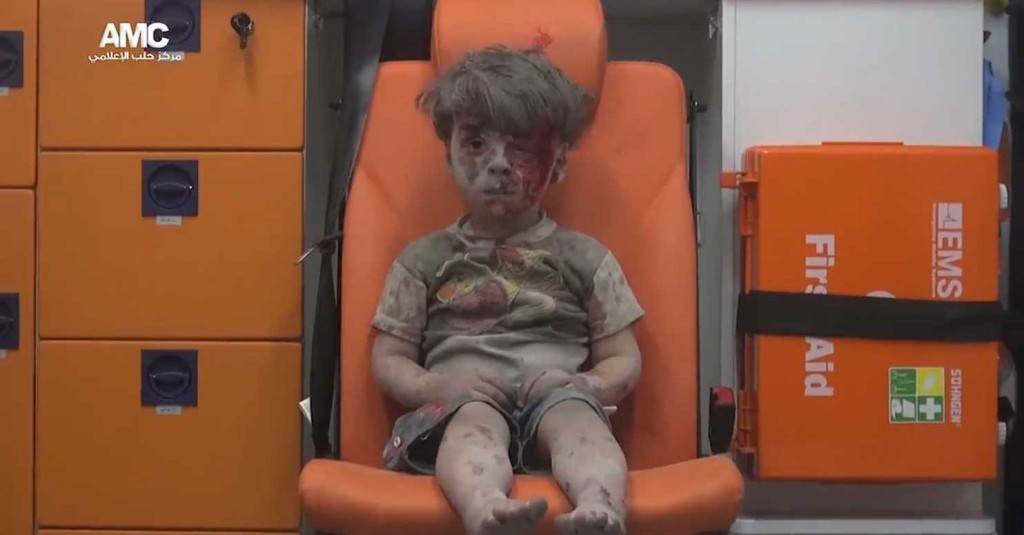 The iconic photo of Omran Daqneesh, the 5-year-old boy in Aleppo, Syria, wounded along with his family by a Russian-regime airstrike — his brother later died

Yemen’s death toll is lower than Syria’s, and although Al Qaeda does operate there, Yemen’s conflict has not had the kind of impact on American and European interests that Syria’s has. There is no obvious good-versus-evil story to tell there: The country is being torn apart by a variety of warring factions on the ground and pummeled from the air by Saudi Arabia, an American ally. There is no camera-ready villain for Americans to root against.

The war’s narrative is less appealing to American political interests. Yemen’s Houthi rebels pose little direct threat that American politicians might rally against. On the other side of the conflict are Saudi airstrikes that are killing civilians and targeting hospitals and aid workers, at times with United States support.

No American politician has much incentive to call attention to this war, which would require either criticizing the United States and an American ally, or else playing up the threat from an obscure Yemeni rebel group. It is little wonder that, when several senators recently tried to push a bill to block arms sales to Saudi Arabia over its conduct in Yemen, they found only a few sponsors and the motion was tabled in a 71-to-27 vote.

Why Sudan Was Noticed — and Congo Was Not

The conflict also fit the domestic political debate at the time. The slogan “Out of Iraq, Into Darfur” presented intervention in Darfur as an alternative to President George W. Bush’s pre-emptive war in Iraq, and was a frequent feature on signs at anti-Iraq-war protests. “Saving” Darfur came to symbolize an alternative vision of American power that appealed to those who did not agree with Mr. Bush’s policies but also did not want the United States to withdraw into isolation.

But Darfur, like Syria, has proved to be the exception rather than the rule.

Consider the conflict in the eastern part of the Democratic Republic of Congo. As in Darfur and Syria, that war was devastating for civilians: By some estimates, millions died of violence, starvation and disease. Millions more were displaced. Rebels used rape as a weapon of war and conscripted child soldiers. Many of the same activists who had formed the Save Darfur movement tried to raise awareness for eastern Congo as well.

But Congo’s war defied simple narratives. There was no obvious “bad guy”, as in the Darfur campaign. Instead, there were multiple shifting groups of fighters, nearly all accused of atrocities. 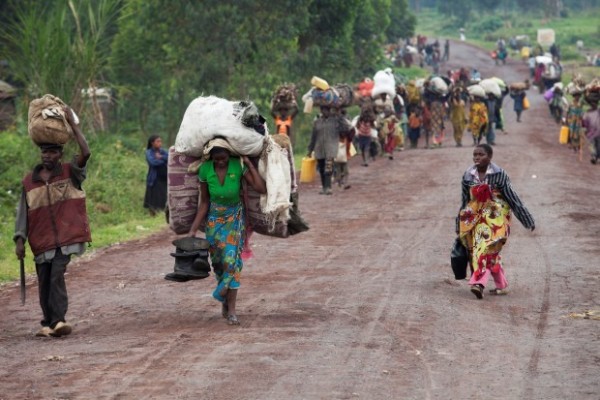 The war’s relevance to American interests was attenuated. Eastern Congo is an important source of minerals used in electronic devices like smartphones, but most people in the United States had never even heard of tantalum, much less considered where it originated.

“Most Conflict are Yemens, not Syrias”

Other wars have enjoyed brief moments in the spotlight but then faded away. When Boko Haram kidnapped hundreds of schoolgirls in northern Nigeria in April 2014, Americans responded with outrage, spreading #BringBackOurGirls on Twitter and demanding that something be done. But as the months wore on and the Nigerian government failed to rescue the children, attention waned.

Two years before that, the “Kony 2012” video by the advocacy group Invisible Children brought wide attention to the Lord’s Resistance Army, rebels who had for years rained terror across northern Uganda, the Democratic Republic of Congo, South Sudan and the Central African Republic, but it faded away just as quickly.

Today there is little awareness of South Sudan’s continuing catastrophic collapse or the Central African Republic’s civil war. The civil war in Somalia simmers into its third decade, barely noticed.