Iran Daily: “We Will Win in Syria’s Aleppo” 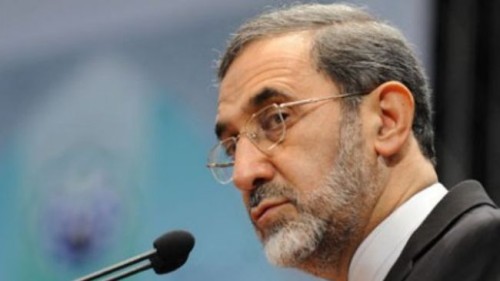 PHOTO: Supreme Leader’s aide Velayati “Government and people of Syria will be victorious”

The top aide of Iran’s Supreme Leader has proclaimed that Syria’s Assad regime, assisted by the Islamic Republic, will be victorious in the country’s largest city Aleppo.

We do not see another example in the region of two governments being so committed to each other….We believe the government and the people of Syria will be victorious in the battle over the fate of Aleppo. The defeat of the enemy in Aleppo will lead to [more] defeats in Syria.

Iran has provided essential political, economic, and military support to the Assad regime since Syria’s uprising began in March 2011. However, for years Tehran denied that its military intervention was more than an “advisory” role in Damascus.

That line began to change in October 2015 when Iran — accompanying Russia’s launch of thousands of airstrikes — put in more commanders, troops, and Iranian-led foreign militia. Last month, Tehran finally declared that it was part of the campaign to retake Aleppo, divided since July 2012.

Last weekend, Velayati warned the US not to use force against the Assad regime. On Wednesday, the head of the elite Quds Force, General Qassem Soleimani, said, “Our defense of Syria is the defense of Islam.”

On Thursday, Velayati criticized the US for seeking “the partition of Syria and Iraq” and assured:

The people of Syria and Iraq will show that with their unity, they will be able to defeat the wishes of the enemy….The Syrian people and government should be allowed to deal with the terrorists.

Canadian-Iranian academic Homa Hoodfar has described her psychological torture by members of the Revolutionary Guards during dozens of interrogations in her 112=day imprisonment in Tehran.

The Guards threatened that “they would send my dead body back to Canada,” Hoodfar said in her first interview since her release on September 26 from Evin Prison.

“I was prepared I might face a few years in prison, or as they said 15 years, maybe I would never be released,” the anthropologist said.

Hoodfar became one of the dual nationals detained by the Revolutionary Guards in April, just before she was scheduled to return from a visit to Iran.

Hoodfar was questioned 12 times, freed on bail until June, and then seized again and interrogated 30 times.