Iran Daily: Top Commander Soleimani — “Our Defense of Syria Is Defense of Islam” 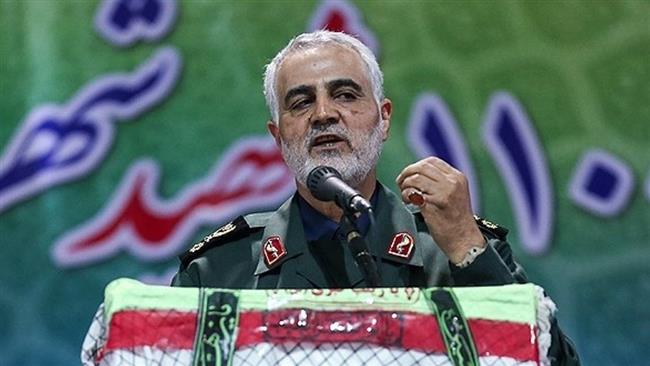 One of Iran’s leading commanders has proclaimed unending commitment to Syria’s Assad regime, saying Tehran’s intervention is a defense of Islam.

General Qassem Soleimani, the leader of the Revolutionary Guards’ elite Qods Force, spoke on Wednesday at a mourning ceremony for General Hossein Hamedani, the overall commander of Iran’s forces in Syria who was killed in October 2015.

Soleimani, who has often traveled in Syria to advise on the military effort, said he met with Hamedani “hours” before his death and praised the commander for being an “important influence” on Iran’s “victories” over “terrorist groups”.

We are not just defending Syria. We are defending Islam and the Islamic Republic….If we did not face these groups in Syria, all of these regions would be fighting ISIS [the Islamic State]….Today the Takfiris have been defeated or are currently being defeated on all fronts.

Iran stepped up its commitment of commanders, troops, and Iranian-led militias last October, accompanying Russia’s aerial intervention. Tehran has renewed its tough line this week, affirming its dedication to the battle for Aleppo, Syria’s largest city, and warning the US that its military involvement in the conflict would be “suicidal”.

See Iran Daily, Oct 3: Tehran Warns US — Your Intervention in Syria Would Be “Suicidal”

Soleimani also intervened in Iran’s rhetorical war with Saudi Arabia. He said that Deputy Crown Prince Mohammad bin Salman “is hotheaded” and “might kill the king”, his father Salman.

Linking the criticism to the Syrian conflict, Soleimani asserted that Mohammad bin Salman told an Assad regime official that if Syria “ended its relationship with Iran, all of this will be over”.