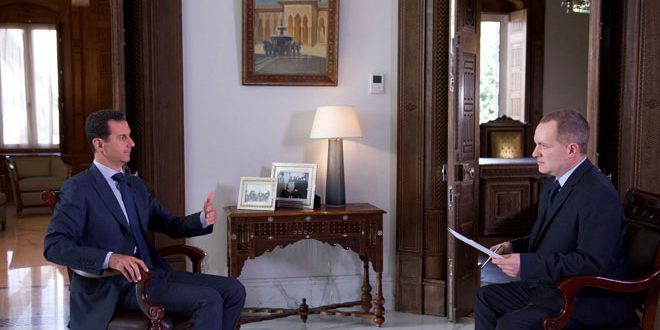 President Assad has told the Associated Press, in an interview broadcast on Thursday, that there is no siege of Syria’s largest city Aleppo.

“If there was a siege around Aleppo, people would have been dead by now,” Assad said.

He insisted that, as rebels have fired rockets and mortars into regime-held areas of the city, that people must be getting supplies as well as weapons.

Assad also denied the regime’s numerous attacks on hospitals and medical facilities, addressing those who have criticized him, “How could you still be alive?”

In another portion of the interview, Assad blamed “terrorists” for Monday’s Russian-regime attack on the UN aid convoy west of Aleppo:

And the President declared that last weekend’s airstrikes by the US and allies on a regime position in eastern Syria, killing at least 62 troops near a frontline with the Islamic State, were intentional rather than accidental.