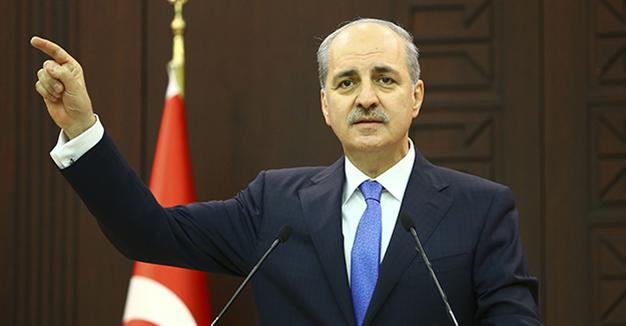 PHOTO: Deputy Prime Minister Numan Kurtulmuş “We realize that there is still a system that creates the basis for coups”

Turkey’s military is being restructured to prevent it being used for future coup attempts, according to Deputy Prime Minister Numan Kurtulmuş.

He told journalists on Monday:

We realize that there is still a system that creates the basis for coups. Our objective is to bring about such a transparent system that nobody within the TSK [Turkish Armed Forces] or anybody planning to use some elements within the army would even think of staging a coup.

Kurtulmus commented on decrees over the weekend, including the suspension of all military academies and high schools, and President Recep Tayyip Erdoğan’s proposal to take direct control of the General Staff.

“The first perspective of the changes is to make civil authority more powerful and to direct the civil-military relationship. That’s why we have increased the number of civilians on the Supreme Military Council,” Kurtulmuş said.

The Deputy Prime Minister said, to prevent the Armed Forces from being overseen by a single authority, the Gendarmerie and Coast Guard were being placed under the Interior Ministry and the force commanders under the Defense Ministry.

He said the replacement of military schools with a National Defense University would turn the forces into a more professional army.

Over the weekend, the Government formally dismissed another 1,683 soldiers, bringing the total to more than 3,000 since the July 15 coup attempt.

About 30 generals and admirals are still in detention, and 149 — 42% of those in the Turkish military — have been fired. Almost 100 colonels have been promoted to fill the gaps.