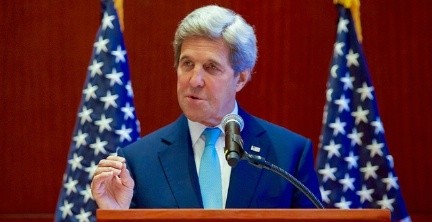 UPDATE 0745 GMT: Medical staff in Aleppo city have told Syria Direct of the desperate situation after the latest Russian-regime airstrikes, including attacks on five hospitals and a blood bank last weekend.

The medical facilities are all located in the al-Shaar district. Some treated injured rebels, but those which do not — including the children’s and women’s hospitals — were targeted.

Aleppo no longer has a functioning hospital: government air strikes destroyed the city's last at the weekend.#Syria pic.twitter.com/vfRAiW5jxI

“In the past three months, every single hospital in [east] Aleppo has been bombed at least once,” said Abdelbasset Ibrahim, director of the Free Aleppo Health Directorate

He said two hospitals have sustained “irreparable” structural damage and “could collapse at any moment”, while others have stopped housing inpatients fearing further attacks.

Medical workers in east Aleppo say five of the city’s hospitals have been reduced to basic field clinics, only capable of stabilizing and transferring patients to the three hospitals still able to conduct advanced medical procedures.

“We have to transport the injured across the city,” Ahmed Suweid, an Aleppo paramedic,said. “This is dangerous because of the constant bombardment.”

ORIGINAL ENTRY: US Secretary of State John Kerry has spoken of “progress” in talks with Russia about military cooperation in Syria, as residents of opposition-held areas in Aleppo city face more deaths and deprivation from Russian-regime bombing and siege.

Kerry met Russian Foreign Minister Sergei Lavrov on the sidelines of an international meeting in Laos on Tuesday, 11 days after the two men first discussed the US proposal for a joint command-and-control center for aerial operations and intelligence sharing. The Secretary of State then told a press briefing:

Today, Foreign Minister Lavrov and I talked about the next piece of homework that needs to be completed before we would be prepared to make a public announcement. And we are, both of us, committed to a series of quiet meetings that will take place – not between he and me, but technical-level teams – to work through details….

My hope is that somewhere in early August we would be in a position to stand up in front of you and tell you what we’re able to do with the hopes it can make a difference to lives of people in Syria and to the course of the war.

The Secretary of State played down scepticism — expressed on Monday by Defense Secretary Ashton Carter and the Chairman of the Joint Staff, Joseph Dunford — about working with Russia.

What he and Chairman Dunford and others have expressed is some concern about whether or not the Russians are really prepared to step up and do the things that they say they’re prepared to do. And that’s a question that everybody has asked.

But that is why we didn’t announce to you publicly a whole series of celebratory steps, and that is why when I was in Moscow we said we are not going to tell you what we’re going to do over the next few weeks until it’s done, if it is done.

Obama and Kerry say the US proposal, adopted in early July for presentation to Moscow, will include Russian pressure on the Assad regime to halt its bombing of rebels and opposition areas and to persuade President Assad to return to talks for a resolution of Syria’s 5 1/2-year conflict.

However, critics say the Russians have not adhered to any agreements since they began thousands of airstrikes last September, destroying infrastructure with the documented killing of 2,141 civilians. They note that the Assad regime effectively collapsed the Geneva political process, brokered by the US and Russia, in April with continued bombing and sieges and with President Assad’s refusal of a transitional governing authority.

Deaths and Siege in Aleppo

Despite a now-defunct “cessation of hostilities”, Russia and the regime stepped up attacks across northwest Syria from mid-April. In the past week alone, hundreds of people were killed in Idlib and Aleppo Province, while the pro-Assad airstrikes destroyed more infrastructure, including six medical facilities in Aleppo city over the weekend.

On Tuesday, the pro-opposition Local Coordination Committees documented another 26 deaths in Aleppo Province among 89 across the country.

Meanwhile, UN officials repeated warnings of a siege on up to 400,000 people in opposition districts of Aleppo city, following a pro-Assad offensive that has effectively cut off the only road into the area.

The UN head of humanitarian operations, Stephen O’Brien, renewed the call from last week of Jan Egeland, the UN head in Syria:

I cannot stress enough how critical the situation is for those trapped in eastern Aleppo city.

This population is at serious risk of besiegement, as the fighting closes in and their access to basic necessities runs out.

Almost three weeks ago, the Syrian military and allied foreign militia — enabled by Russian airstrikes — established fire control over the al-Castello Road, the last route into the opposition districts. Rebels have closed the road to all traffic because of the threat of shelling.

“The international community simply cannot let eastern Aleppo city become yet another — and by far the largest — besieged area,” O’Brien said. “The clock is ticking.”

Syrian State television TV on Tuesday the army has sent text messages to residents and fighters in eastern Aleppo, offering safe passage to whoever wants to leave and asking militia to put down their weapons.

After the meeting with Kerry, Russian Foreign Minister Lavrov focused on Moscow’s attempt to get military operations against rebel factions as well as the Islamic State and the jihadists

Agreements were made on practical steps that should be made to effectively fight against terrorists, to prevent the situation when so-called moderate opposition remains on terrorist-controlled territories and wants to participate in the ceasefire regime and at the same time wants to ensure that this regime does not inflict any damage on Islamic State and Jabhat al-Nusra.

The US has assured from the beginning of the year that they will be able to disengage between the opposition with which they cooperate and terrorist structures. However, they have not managed to do this so far.

Russia has said for months that large rebel factions such as Ahrar al-Sham and Jaish al-Islam should be considered “terrorist”, excluding them from political talks and any cessation of hostilities.

Despite the continued threat, UN envoy Staffan de Mistura said on Tuesday that he is hoping for renewal of political talks in a month.

De Mistura issued the statement after a meeting with high-level US and Russian officials, “Our aim, let me say very clearly, is to proceed with a third round of intra-Syrian talks towards the end of August.”

Since the suspension of the discussions in April, De Mistura has regularly said that he expressed a renewal within weeks, only to push the date back on each occasion.

Basma Kodmani of the opposition-rebel High Negotiations Committee said it was “open to going back to Geneva to discuss options” but added that there must be a reduction in violence:

The situation is absolutely horrendous at this moment. What Mr De Mistura is probably hoping is that the agreement between Russia and the U.S. will result in a halt to the regime’s raids, and Russian air raids as well.