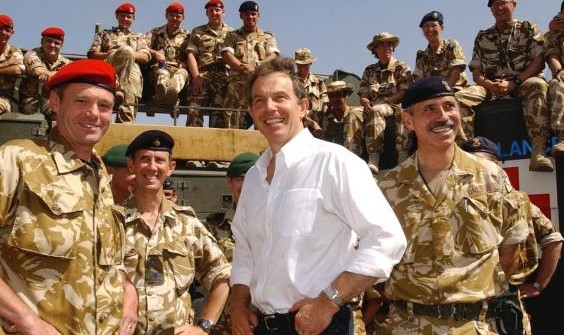 Published in partnership with the Conversation:

Thirteen years after the 2003 Iraq War and seven years after it was commissioned, the Chilcot Report on Britain’s intervention has been published.

Already the headlines are devastating about Prime Minister Tony Blair’s actions before, during, and after the invasion: “Crushing Verdict on Blair and the Iraq War“; “Iraq Invasion ‘Not Last Resort’“.

Yet, in a most British way, limits have still been put on the criticism, first and foremost by Sir John Chilcot and his committee.

Faced with the politics as well as the evidence — dare anyone put Blair in a position to face war crime charges? or even dare to claim an abuse of power? — Chilcot avoided the L-word.

The word “lie” does not appear once in the Executive Summary. The only time that “lying” is used refers not to Blair, but to Saddam Hussein: “When Iraq denied that it had retained any WMD capabilities,
the UK Government accused it of lying.”

Nowhere does the report invoke the more colorful, if politer, form of the conclusion: the intelligence for the invasion was “sexed up” on the orders of the Prime Minister’s Office.

Careful with the L-Word

How does Chilcot manage to pull out this tightrope walk of going far enough in the criticism to chide Blair but not to open up the full extent of the Prime Minister’s actions — my own British word for deceptions?

The “Lessons” of the Executive Summary are a demonstration of the enquiry’s agility and care. Here’s the opener:

The decision to join the US‑led invasion of Iraq in 2003 was the product of a particular set of circumstances which are unlikely to be repeated. Unlike other instances in which military force has been used, the invasion was not prompted by the aggression of another country or an unfolding humanitarian disaster. The lessons drawn by the Inquiry on the pre‑conflict element of this Report are therefore largely context‑specific and embedded in its conclusions. Lessons on collective Ministerial decision‑making, where the principles identified are enduring ones, are an exception.

“Unlikely to be repeated”. Given that assurance, we do not need to draw out the specific consideration of the extent of the Blair Government’s manipulations — apparently because we will not face another situation in which a Prime Minister might dare to go so far.

Which, of course, pushes aside the essential point. The issue of Blair’s accountability is precisely because his conduct, which could be held to contribute to the deaths of 179 British personnel and hundreds of thousands of Iraqi, was exceptional. 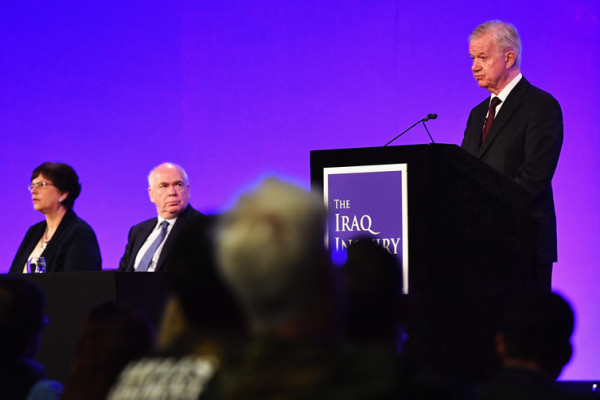 Freed from this unwelcome burden of judgement, the report can then set out a series of general recommendations — all of which implicitly say “Don’t Lie” — without ever risking the L-word. Here is the cautious framing of the September 2002 order from Blair and his advisor Alastair Campbell to “sex up” the intelligence:

It was a mistake not to see the risk of combining in the September dossier the JIC’s [Joint Intelligence Committee’s] assessment of intelligence and other evidence with the interpretation and presentation of the evidence in order to make the case for policy action….

As can be seen from the JIC Assessments quoted in, and published with, this report, they contain careful language intended to ensure that no more weight is put on the evidence than it can bear.
Organizing the evidence in order to present an argument in the language of Ministerial statements produces a quite different type of document.

To be fair to Chilcot, the Lessons cite “a damaging legacy, including undermining trust and confidence in Government statements” from the episode. However, the report ensures that it looks forward and never back to the question of whether Blair is culpable and of what crime. It merely says that, because of the manipulation of the intelligence, “it may be more difficult [in the future] to secure support for the Government’s position and agreement to action”.

And so it goes throughout the lessons, with damning phrases appropriately contained:

Constant use of the term “weapons of mass destruction” without further clarification obscured the differences between the potential impact of nuclear, biological and chemical weapons and the ability to deliver them effectively….

There may be evidence which is “authoritative” or which puts an issue “beyond doubt”; but there are unlikely to be many circumstances when those descriptions could properly be applied to inferential judgements relying on intelligence….

The need to be scrupulous in discriminating between facts and knowledge on the one hand and opinion, judgement or belief on the other….

The need for vigilance to avoid unwittingly crossing the line from supposition to certainty, including by constant repetition of received wisdom.

So far Tony Blair — free from a full reckoning for his words and actions — can posture, as he did within an hour of the report’s release, that there was “no falsification or improper use of intelligence”, “no deception of Cabinet”, and “no secret commitment to war”.

He can do so, collecting millions of pounds per year instead of facing the International Court of Justice — or any British court, for that matter — with the full backing of the UK Government.

He can do so despite the voices that still call for accountability, such as the Scottish National Party’s Alex Salmond — “There must now be a consideration of what political or legal consequences are appropriate for those responsible.” He can do so despite the statement of families who lost relatives in the war: “We were proud when our husbands, sons and daughters signed up to serve our country. But we cannot be proud of the way our government has treated them.”

He can do so because the Government will now pull the curtains on the past.

Prime Minister David Cameron told Parliament — the same Parliament that Blair arguably deceived in 2002-3 — a few minutes after his predecessor’s declaration, “At no stage does [Chilcot] explicitly say that there was a deliberate attempt to mislead people.”