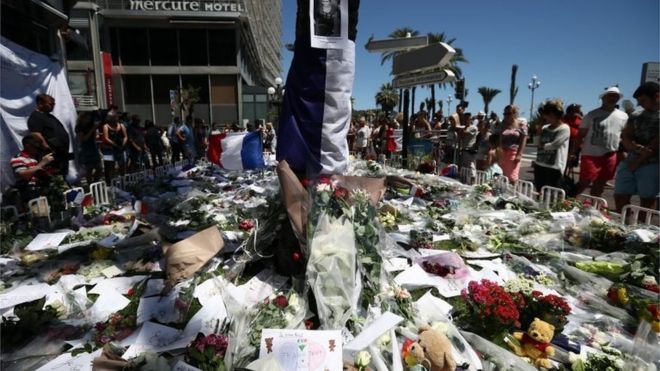 PHOTO: Tribute to the 84 victims of last week’s truck attack in Nice in southern France

David Dunn of the University of Birmingham responds to listeners of BBC Radio Shropshire who ask about the nature of the “war” against the Islamic State and other extremist groups.

Is it right to call this a “new War on Terror”?

Dunn explains the background, going back to George W. Bush’s approach after the attacks of 9/11, noting Barack Obama’s rejection of the term “War on Terror” for “global contingency operations, and describing foes from Al Qa’eda to ISIS.

Who are we fighting against? Is the Islamic State in Iraq and Syria? Is it the offshoots who have come here? Or is it actually just people who are inspired by them?