Britain & US Opinion: Why Brexit and Trump Are Ultra-Nationalist Twins 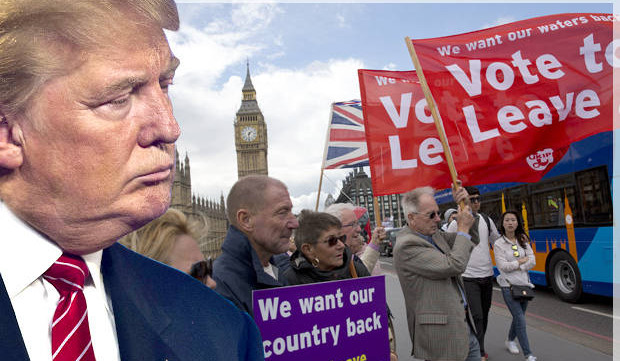 PHOTO: Trump’s lesson from the UK’s Brexit? “Nationalist and protectionist — and, to some extent, xenophobic — movements are back”

While the UK and the United States share a language, culture, and common history, there seemed to be wide differences between the political preferences of Britons and Americans. In the last few months, however, both electorates seem to have come ideologically closer after the emergence of two movements that have shaken the foundations of Anglo-American political culture: the Vote Leave campaign, who called for Brexit in the referendum on European Union membership and the Presidential campaign of Republican Party nominee Donald J. Trump.

The similarities between these movements are evident and disconcerting. Both have appeared suddenly on the political scene. Both have agained popularity among the electorate by portraying themselves both as critics of an economic and political system — which they claim has forgotten about ordinary people — and as an alternative within that system. Both movements have called for nationalist and anti-globalist endeavors that favors the interests, ambitions, and concerns of their populations over those of the rest of the world. Finally, both promote a very popular, if ambiguous and simplistic, solution to the many socio-economic problems facing their countries: “Take back control, for the people.” 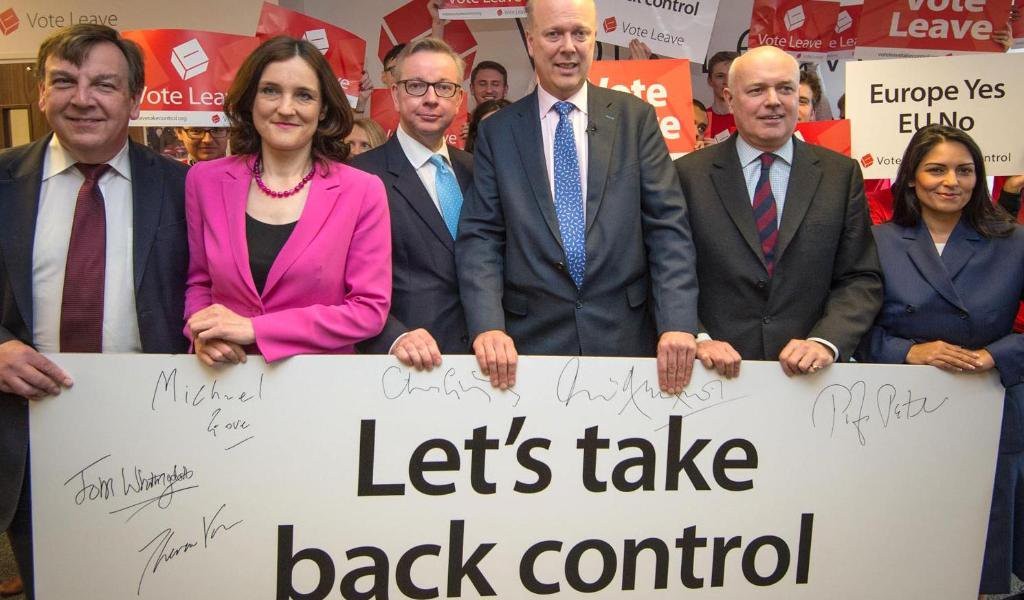 Leading “Brexiteers” in the UK with their Take Back Control slogan

Neither of these movements is able to explain adequately what “take back control” means, when and how was such control lost, or even who is the people to whom they so vehemently appeal. But neither is interested in addressing or answering such questions. To the contrary the challenge is only to convince all those who are unhappy or have been disadvantaged by trade and/or immigration policies that it is possible to return to a mythical “better” time.

This is a time where, ironically, “America” ​​and “Britain” were built by immigrants who were permanently and conveniently left out of the mainstream of American and British society. A time where, rather than social and cultural integration, there was absorption of only those immigrant populations who were carefully selected to meet the labor demand of both countries — but were excluded from their host countries’ political life. A time where both countries promoted and took part of “à la carte” globalization, where they could decide what multilateral initiatives or international phenomenon they would take part in or abstain from.

Worryingly, but predictably, the message and impact of Vote Leave has gone beyond British borders. Brexit’s victory in the referendum gave legitimacy to its supporters, and those of similar movements, to continue demands for the implementation of political projects that reject the economic globalization and cross-border mobility that seemed to be defining the 21st century. It no longer seems illogical to pursue nationalist and protectionist policies. On the contrary, these are now openly and widely discussed as feasible and possibly even favorable) to the UK and the United States, which for many decades portrayed themselves as the champions of economic and political liberalism.

The tacit message of Brexit is even more worrisome, as it has set the tone for re-legitimizing the racism, exclusion, and xenophobia that marked previous centuries. This tone has not been explicitly rejected by the major players in both campaigns. Instead, Vote Leave and Trump have legitimized the exclusion of national minority groups, especially immigrants; empowered radicals; and generated animosity between historically-marginalized groups. The time of ultra-nationalisms, which led us to two world wars and countless domestic conflicts in Europe, Asia, Africa, and America has returned. 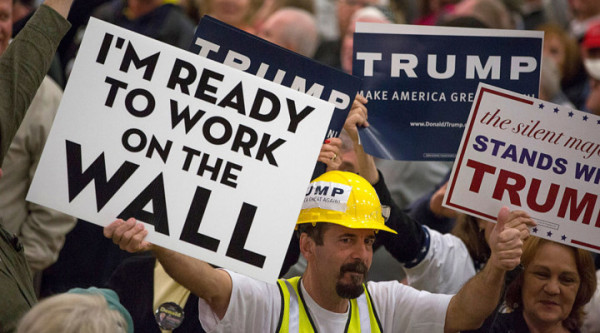 Election Day in the US will be the second key moment for this trans-Atlantic socio-political movement. Brexit will be a bystander, as the main issues will be the state of the domestic economy and the debates on legal and illegal immigration, gun control, and trade with emerging economies such as China. During the next four months, the campaigns of both Hillary Clinton and Donald Trump will continue to be marked by events like the massacres of Orlando, Dallas, and now Baton Rouge; abuses like that endured by Alton Sterling, the latest African American victim of a police shooting; statements on Clinton’s communications during her time at the State Department; and the chances of an all-encompassing immigration reform.

But if Brexit’s direct impact is marginal, the powerful message that US voters might be getting is that nationalist and protectionist — and, to some extent, xenophobic — movements are back. As Donald Trump said about the UK’s vote in June: