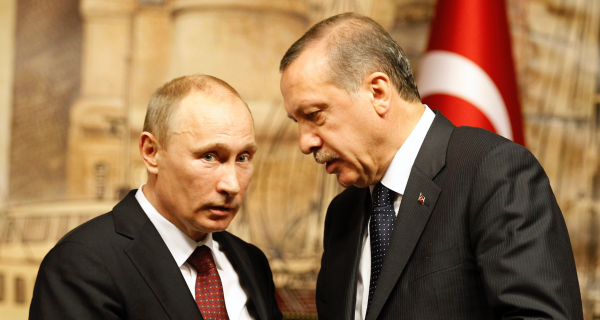 The Russian jet fighter was shot down when, according to Ankara, it crossed into Turkish airspace on a bombing raid in northern Latakia Province. The MiG-24 crashed just inside Latakia with the pilot was reportedly shot as he parachuted to the ground. His navigator was rescued by Syrian commandos.

Kremlin spokesman Dmitry Peskov said Erdoğan expressed readiness to restore relations with Moscow: “The head of the Turkish state expressed his deep sympathy and condolences to the relatives of the deceased Russian pilot and said ‘Sorry’.”

The Kremlin claimed that Erdoğan called Moscow “a friend and a strategic partner” of Ankara, with the letter asserting, “We never had a desire or a deliberate intention to down an aircraft belonging to Russia.”

The letter was confirmed by Erdoğan’s chief foreign policy adviser, İbrahim Kalın, later in the day through a statement.

Both the Turkish and Russian people want an end to this crisis. They both believe [this crisis] is nonsense. What falls on us as governments is to meet this expectation of our peoples without delay. There are good developments in this direction and we’ll soon announce them to our people.

Ankara announced that Foreign Minister Mevlüt Çavuşoğlu will attend a regional summit in Sochi in southern Russia on July 1, where he might meet Russian counterpart Sergei Lavrov.

In another concession to Moscow, the Chief Public Prosecutor’s Office in Izmir Province in western Turkey reopened an investigation over into Alparslan Çelik, the fighter who allegedly shot the pilot.

The office said there was new evidence that need to be considered.