Iran Feature: “BBC Forged Documents to Show We Have Good Relations with US” 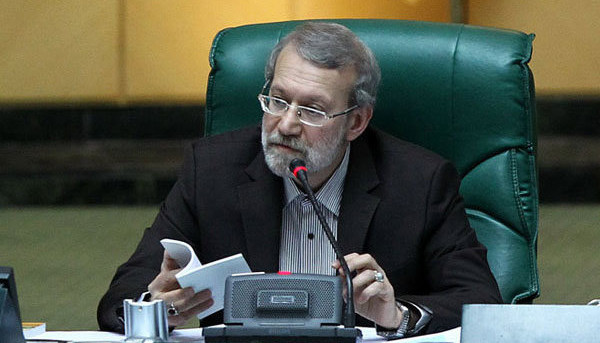 PHOTO: Speaker of Parliament Ali Larijani “False premise that Iran has had ties with the US”

Reinforcing the Supreme Leader’s line of animosity towards America, Iran’s Speaker of Parliament Ali Larijani has accused the BBC of releasing “forged US documents”.

Last week, the BBC featured an exchange of letters between Ayatollah Khomeini and US President Jimmy Carter in January 1979, weeks before Khomeini’s return to Iran, the fall of the Shah, and the proclamation of the Islamic Repubic.

The correspondence was part of discussions between US diplomats and Ibrahim Yazdi, a close aide to Khomeini, in a small inn near Paris. The talks sought arrangements to avoid bloodshed with the departure of the Shah, who encouraged the talks.

The documents are authentic. Related memoranda from the same source were published by the regime in the multi-volume series “Documents of the Den of Spies” after the 444-day occupation of the US Embassy in Tehran. by the occupants. The documents were used to discredit and eliminate political rivals, including the passing of death sentences.

However, with the Supreme Leader leading the ongoing public denunciation of the “dishonest” US, accusing it of fomenting regional crises and trying to undermine the Islamic Republic, Larijani told Parliament on Tuesday:

By releasing this document, [the BBC] planned to cast doubt on the authenticity of the mighty fight of Imam Khomeini against America….

Their intention for making this falsified move was to deliver a shock to the public opinion so as to lessen the abomination and atrocity of having relations with America and make the false premise that Iran has had ties with the US in the past and even during the most difficult of times.

Ayatollah Khamenei has rebuked Rouhani for promising that January’s implementation of the Joint Comprehensive Plan of Action would be followed soon by a “JCPOA 2”, with links with the international community to bring economic recovery.

The Supreme Leader said at Tehran ceremony on Friday and in an address to the new Parliament on Sunday that co-operation with the US could not be tolerated.

Larijani buttressed the comments on Tuesday, hailing Khamenei’s “revolutionary spirit” showing his “deliberate and decisive stance against these deceitful moves.”