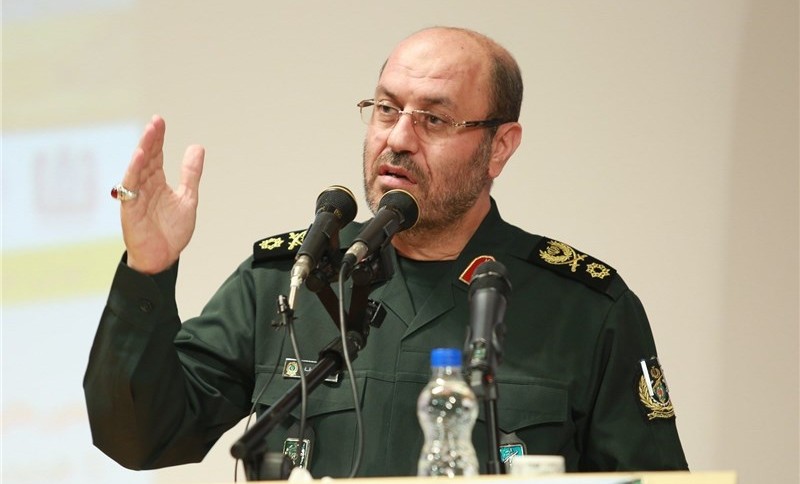 Iran’s Defense Minister has issued another bold declaration that, despite suffering losses in Syria, Iranian forces will help bring victory in its largest city Aleppo.

Hossein Dehghan said on Wednesday at a university conference:

We are helping in Syria and Iraq as much as we can because a part of the Muslim community has been under attack and we are defending it… because Islam and Islamic lands are important to us….

Aleppo is a strategic location, and the terrorists are trying to dominate it. Ultimately, however, the occupied area of this Syrian province will be liberated by the Resistance Front [Iran, Hezbollah, and the Assad regime].

Iran has provided essential military support to the Assad regime since 2012. Following coordination with Moscow, it stepped up intervention last autumn, with ground forces and Iranian-led foreign militia accompanying Russian airstrikes in support of multiple offensives.

However, Syrian rebels and the jihadists of Jabhat al-Nusra have inflicted losses on Iranian and Iranian-led forces this spring on the front south of Aleppo. The rebel-Nusra attacks have regained territory lost in the autumn, including the towns of al-Eis and Khan Tuman on or near the Aleppo-to-Damascus highway.

The Khan Tuman loss — in which Iranian-led forces not only were removed from the town, but suffered scores of deaths in attempts to retake it — was particularly damaging. For the first time, the Revolutionary Guards admitted multiple casualties with 13 troops killed and 21 wounded.

The Iranian regime has tried to prepare the public for further intervention — following the introduction of special forces and Army units — and casualties. The Supreme Leader has had a series of photo opportunities with the families of “martyrs” and those wounded in the Syrian and Iraqi conflicts, including Afghan militia as well as Iranian soldiers. The Revolutionary Guards have stepped up their announcements that the defense of Syria is vital and that success is assured.

Oil Minister: No Freeze on Our Output

Oil Minister Bijan Zangeneh has said that Iran will continue to increase production, irrespective of any OPEC demand for a freeze.

Speaking in Vienna ahead of Thursday’s meeting of OPEC ministers, Zangeneh said a return to individual producer quotas is the only way to manage the oil market.

OPEC has accepted a Saudi plan to introduce an output ceiling which does not specify quotas. Riyadh has called for a production freeze at current levels.

Trying to recover exports after years of falling sales because of US-led sanctions, Iran has resisted any freeze. Tehran has increased exports from 1.4 million barrels per day to almost 2 million bpd since January’s implementation of a July 2015 nuclear deal.

Zangeneh said an output ceiling “has no benefit for us and other OPEC producers. We need to have a country quota but I don’t believe it will happen at this meeting.

Exaggerating the 40% increase in sales, he claimed, “A doubling of exports of Iranian oil has had no negative impact on the market and has been absorbed well.

Oil prices have risen from January lows of under $30 per barrel to briefly pass $50 last week.

Zangeneh said he thought $70 is an appropriate price in view of the current market situation.