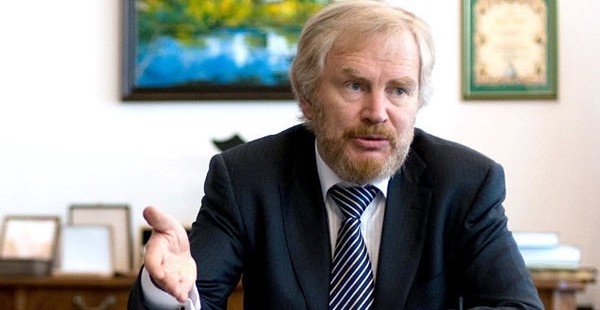 “BBC Forged Documents to Show We Have Good Relations with US”

Another ‎€2 billion ($2.27 billion) export loan is be granted to Iran by Russian state lender Vnesheconombank, according to Russian media.

President Vladimir Putin said in November that Moscow is ready to provide a $5 billion state loan to Tehran to promote industrial cooperation.

However, Storchak indicated that his announcement was of additional money — not just confirmation of Putin’s statement — bringing Russia’s total loan commitment to about $10 billion.

Despite January’s implementation of a July 2015 nuclear agreement and the lifting of some US-led sanctions, Iran is still struggling for economic recovery after years of declining of stagnant GDP and rising unemployment.

Oil exports have risen 40%, but pursuit of foreign investment and trade is being hindered both by fear of continuing US sanctions and by regime in-fighting.

Since Friday, the Supreme Leader has twice used high-profile speeches to warn the Rouhani Government not to be too eager in seeking outside investment, warning against tying Iran to the global economy.

Instead, Ayatollah Khamenei is pushing for a “Resistance Economy” of self-sufficiency, without detailing how this will be achieved.

The Government has yet to submit its 2016-17 budget, which was due in December, to Parliament for approval.

The brother of President Rouhani has greeted a leading reformist politician freed from prison after seven years.

Hossein Fereydoun, an advisor to his brother, met Mostafa Tajzadeh, who was released on Friday.

Hardline outlet Kayhan denounced the meeting, claiming that it “incited” the media.

Tajzadeh, a former Deputy Interior Minister, was arrested in June 2009, the day after the disputed Presidential election “won” by Mahmoud Ahmadinejad. His prison sentence was extended for writing open letters to the Supreme Leader challenging the actions of the Iranian regime.

The commander of the Revolutionary Guards, General Mohammad Ali Jafari, has repeated the hard line against any opening of Iran’s cultural sphere, proclaiming that the threat is greater than that of military conflict.

Military and security threats are the least risky threats to the Revolution and the Islamic political system….”soft cultural threats” are the real threat to the Islamic Revolution.

The Guards have led campaigns against supposed “sedition” by Iranians backed by foreign powers, in a crackdown which has arrested prominent activists, artists, and journalists since last autumn

Attorney General: Punishment for Any Contact with Baha’i Members

Attorney General Mohammad Jafar Montazeri has warned of punishment for association with members of the Baha’i faith.

Montazeri said on Monday, “Anyone who has contact with this sect should expect legal repercussions.”

Montazeri’s comments follow a visit by Faezeh Hashemi, the daughter of former President Hashemi Rafsanjani, and other former political prisoners in late May to the home of Baha’i activist Fariba Kamalabadi, who was on furlough from a 10-year sentence.

Hardliners and conservatives derided the women for not wearing hijab but they were especially angered that the group was photographed under a portrait of Abdul Baha, the leader of the Baha’i faith in the early 20th century.

The Iranian regime considered Baha’i to be an illegitimate religion with ties to Israel. Members have been given long prison sentences, harassed, and denied higher education and employment.