BBC Radio: From ISIS’s Bombings to the Battle for Fallujah 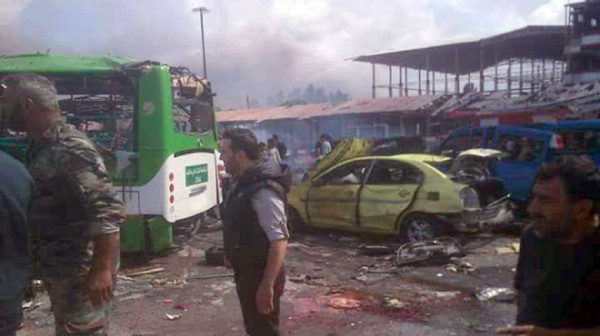 PHOTO: Scene of one of the Islamic State’s multiple bombings in western Syria on Monday

At the end of a dramatic and deadly Monday, I spoke with BBC Radio 4’s World Tonight about the Islamic State bombings in western Syria and the parallel assault by the Iraqi army and allied militias on the ISIS-held city of Fallujah in western Iraq.

The conversation pointed to an asymmetric — and unexpected outcome. While the Islamic State is likely to lose Fallujah, eventually withdrawing its several hundred fighters in the face of many thousands of opponents, ISIS has exposed the vulnerability of Syria’s Assad regime and its Russian backers.

And that is only the start. An Iraqi military victory in Fallujah immediately leads to the uncertainty of whether the Baghdad Government can establish political legitimacy, and the bombings in Tartous and Jableh add to a multi-front, four-sided conflict in where there is no possibility of resolution.