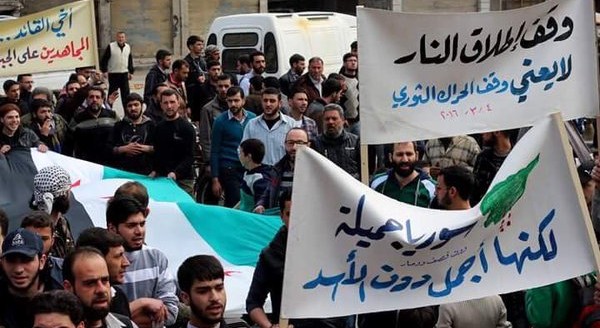 PHOTO: Protest in the Damascus suburb of Saqba, “Syria is Beautiful but It’s More Beautiful Without Assad”

With the partial ceasefire in Syria, opposition protesters have held the largest rallies in months across the country.

Footage from some of the 92 demonstrations claimed by activists and residents:

Azaz, near the Turkish border:

In and Near Damascus

Al-Waer district in Homs city, which agreed to a ceasefire last year after years of siege and bombardment: