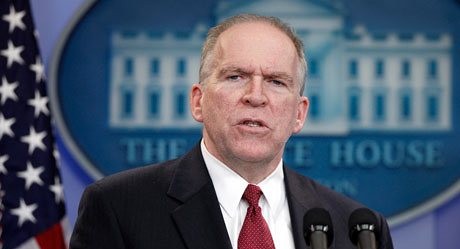 Syria Audio Analysis: Why Palmyra is Not Quite “Assad’s Victory”

The director of the US Central Intelligence Agency, John Brennan, went to Moscow in early March to discuss the departure of Syria’s President Bashar al-Assad from power, according to Russia’s State news agency.

The CIA offered a rare confirmation, telling Reuters that Brennan visited Moscow in early March and that Syrian issues were on the agenda.

Brennan’s objective was “to emphasize with Russian officials the importance of Russia and the Assad regime following through on their agreements to implement the cessation of hostilities in Syria,” the CIA said in an e-mailed statement.

The CIA director reasserted American support for a “genuine political transition in Syria”, which would involve “Assad’s departure in order to facilitate a transition that reflects the will of the Syrian people”.

Russian Deputy Foreign Minister Oleg Syromolotov said Brennan had meetings at the Federal Security Service and other offices, but insisted that his visit was not linked to the March 14 announcement by President Vladimir Putin of withdrawal of “most” Russian forces from Syria.

Spokesman Dmitry Peskov said that there had been no contacts between Brennan and the Kremlin.

Claimed video of the rebel Sultan Murad Brigade blowing up a T-72 tank of the Kurdish militia YPG near Azaz in northern Aleppo Province:

Rebels and the YPG have clashed in northwestern Syria, including Aleppo city, for months. Just before the February 27 cessation of hostilities, the YPG seized some opposition-held villages and the towns of Tal Rifat and Deir Jamal, on the Turkish border, in the province.

The opposition Syrian National Coalition has called on Free Syrian Army groups to unite in Daraa Province in southern Syria, as rebels face a growing challenge from Islamic State-linked factions.

Fighting in blocs such as the Southern Front, rebels took much of the south from regime forces last year, including most of Quneitra and Daraa Provinces. However, the advance was checked when a US-led operations center in Jordan restricted supplies and ordered a halt to offensives. Rebels then came under pressure this year with Russian airstrikes backing a regime counter-attack south of Damascus.
.