NewsTalk: The State of the Conflict After Palmyra 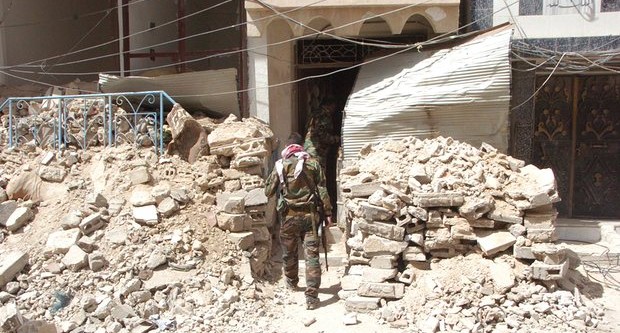 So how significant is the victory of pro-Assad forces over the Islamic State in central Syria, with last weekend’s capture of the Roman-era city of Palmyra? And what are the likely political and economic developments?

I had a long look at those questions on Wednesday in an interview with Pat Kenny on Dublin’s NewsTalk.

To listen, move the slider about 10 minutes (1/6th of the way) into Part 2 of the broadcast

The Assad regime has recovered from last year. It was on the brink of collapse, because of advances by both the rebels and the Islamic State, and it was saved by the Russian intervention.

See also Syria Audio Analysis: Why Palmyra is Not Quite “Assad’s Victory”

The interview assesses the significance for Russia of its intervention and considers the next steps by the regime against the Islamic State, concluding:

The Syrian military can’t do that on its own. It is utterly dependent on Russian airstrikes and on the ground support from Hezbollah and Iran. Ultimately, it is Russia and Iran, rather than the Assad regime, who decide on the next move against the Islamic State.

There is also a strong challenge to the comments of Boris Johnson, the Mayor of London hoping to become British Prime Minister, declaring “Bravo for Assad” over the Palmyra operation.

The Assad regime has killed hundreds of thousands of people. In Palmyra itself, it has detained, tortured, and killed hundreds and possibly thousands. It has bombed that area, which it lost to the Islamic State last year.

So the Assad regime, contrary to Boris’s headline, has not been a reliable ally.