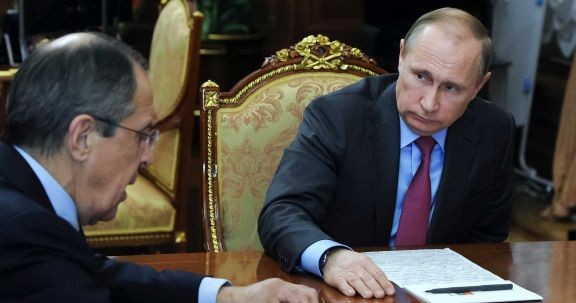 Amid discussion of whether or not Russia’s military intervention in Syria will be an additional burden on the Russian economy, Dalan McEndree has outlined the problem for President Vladimir Putin because of a dependence on oil and gas revenues.

McEndree’s study begins at the start of 2016, with the oil price nearing $30 per barrel, almost 75% below the level of summer 2014. The drop put the Russian Government in a revenue crisis, as it had budgeted on the basis of a $50 price.

Initially, the Finance Ministry proposed to cover the gap through an increase in the mineral extraction tax. But this was blocked by objections from the oil and industry and its supporters in the Energy and Economic Ministries.

Instead, the Government postponed a planned 15% reduction in the export customs tariff rate, but Finance Minister Anton Siluanov in mid-January projected that an additional $20 billion in revenue was needed to cover a deficit which could reach 6% of Russian GDP.

The Kremlin is now considering the selling of Government shares in national industries such as the Rosneft oil company and the Aeroflot airline. President Putin rejected a proposal by the Finance Ministry to cut military procurement by 5%.

Last month, the Russian Government announced its interest in raising $3 billion through the sale of Eurobonds. The US Treasury, citing international sanctions on Moscow, has warned American banks against participating, but European governments have not yet issued the caution.

Even if these steps are taken, McEndree cogently summarizes, “Each is a one-time in nature and will provide little if any relief in future years. For this, the Russian government requires a source or sources that steadily will generate revenue.”

Trapped by Oil and Gas?

The bleak outlook, set out by the International Monetary Fund last October, is that Russia will remain in recession until 2017 and that growth will be small through 2020. Government revenue, have fallen sharply in 2015, will still be below its 2014 level in the year 2020.

Given the likelihood that the oil price will not recover to $50 per barrel, even this IMF forecast could be optimistic.

The cold reality is that the Russian oil and natural gas industry generates almost 50% of Government revenues through the mineral extraction tax, customs duties on hydrocarbon exports, and excise taxes on domestic sales of refined petroleum products.

That $10 billion is only about 1.6% of Government revenue, so does the Kremlin go farther and nationalize the oil and gas industry? McEndree sees advantages beyond the Government’s claim of all oil and gas income:

McEndree’s detailed analysis does not venture beyond the oil and gas sector, so it offers no clue as to whether economic problems contributed to Putin’s announcement on Monday of a partial withdrawal from Syria.

But the tale of that economic dilemma does put the military intervention into essential context. Even if Putin’s claim of a six-month cost of $482 million is accurate, rather than a deliberately low estimate, it highlights that any prolonged expense comes on top of deep-set economic problems that are unlikely to be resolved for months and even years.

And given that there are no economic benefits to offset the cost of intervention, Russia may find that its Syria investment needs a further re-assessment — or, alternatively, that it will take the risk of nationalization of oil and gas — as the political conflict persists.