Syria Daily, Feb 6: Kerry — “Russia and Iran Told Me They Want A Ceasefire” 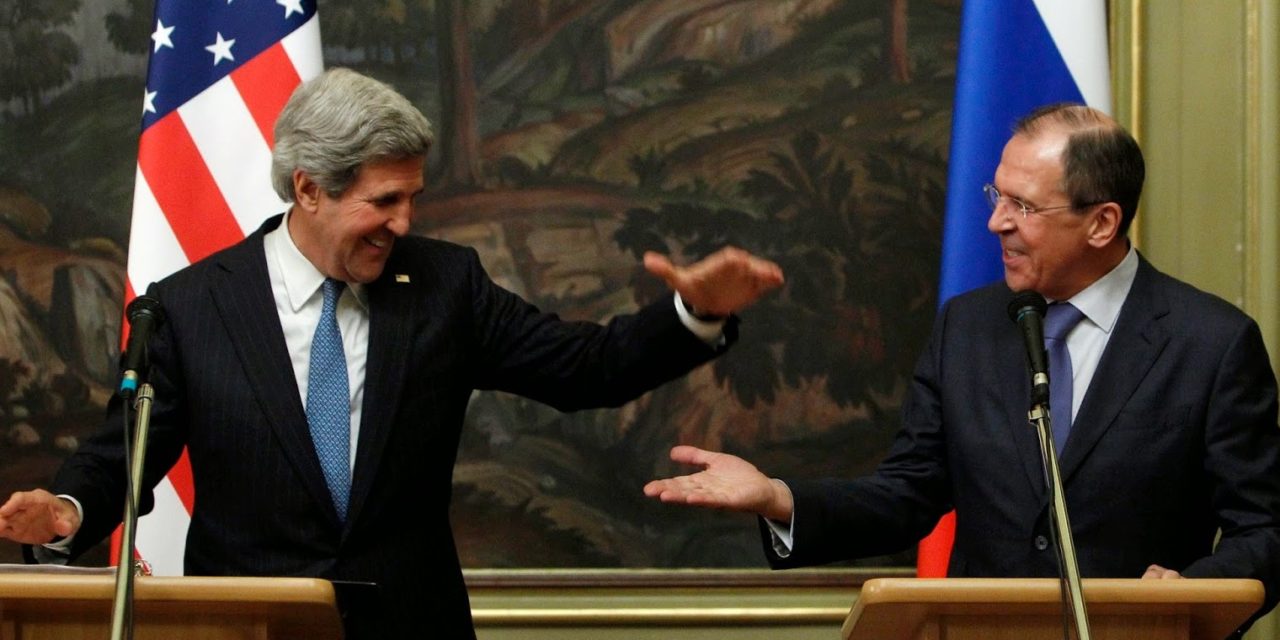 Despite Russian bombing across Syria that undermined the short-lived Geneva talks this week, US Secretary of State John Kerry has assured that Moscow wants a ceasefire.

Kerry said at a press conference on Friday, “Russia has indicated to me very directly they are prepared to do a cease-fire. The Iranians confirmed…they will support a cease-fire now.2

Without naming those sanding in the way, he continued, “We now have to have…all the other parties come to the table and acknowledge that they, too, are prepared to do that. And as of this moment, we don’t have that full acknowledgment.”

The UN-brokered discussions were abandoned in Geneva less than five days. The opposition-rebel bloc said that they would not begin talks until Russia and the Syrian air force halted airstrikes that had killed hundreds of civilians while the groups were in Switzerland.

The Russian assault has accompanied a regime-Hezbollah-Iranian offensive which has advanced north of Aleppo city this week, and it also supported the Syrian capture of a town south of Damascus on Friday.

An estimated 70,000 people have fled the Russian and regime attacks in northwest Syria. Many are trapped on the Turkish border, while others have gone to the mainly-Kurdish town of Afrin.

The opposition-rebel bloc has also said that discussions can only proceed after access to humanitarian aid for besieged areas is guaranteed.

Kerry said on Friday that “a number of modalities for providing…humanitarian access” and a cease-fire are being discussed with the Russians: “If it’s just talk for the sake of talk in order to continue the bombing, nobody’s going to accept that. And we will know that in the course of the next days.”

US officials had circulated the story on Thursday that Washington might begin airdrops of food and supplies to besieged areas.

However, White House Press Secretary Josh Earnest said Friday that, whie he “wouldn’t rule out humanitarian airdrops in the future…the amount of supplies that you can include is pretty limited”.

Instead, Earnest said the strong preference is for ceasefires to permit ground delivery of aid: “You can move a lot more on a convoy of trucks than dropping pallets.”

Russia: Accusations Against Us “Are in Bad Taste”

The Secretary of State is scheduled to meet with Russian Foreign Minister Sergei Lavrov late next week in Munich, when the 20 nations of the International Syria Support Group gather to review the failure in Geneva.

However, Russian Ambassador Vitaly Churkin indicated on Friday that Moscow would not step back from its bombing.
He said that accusations that Russia is targeting civilians and opposition forces were in “bad taste“: “They’d better put the blame on those who back terrorists,”

However, Kerry indicated that this would not deter his pursuit of Russian co-operation. He said that, while civilians were “being killed in large numbers” and humanitarian access remains denied, the bombing was “not going to stop just by whining about it”.

I recognize that people can argue it’s not going fast enough or we’re not going far enough. We’re all frustrated by the situation there. But we also need to be mindful of the ultimate goal here, which is an end to the conflict and not an exacerbation of it.

Officials of Syrian Kurdistan have announced plans for an office in Russia, followed by representation in Germany, the US, France, and Arab countries.

“The autonomous Syrian Kurdish region will open an office in Moscow on February 10 and is preparing to open another in Berlin, with Washington, Paris and Arab countries coming later,” said Amina Oussi, deputy head of the committee for external relations in Hasakeh in eastern Syria.

“These representation offices aim to secure recognition for the autonomous Kurdish region,” she explained.

The commander of the Islamic Revolutionary Guards Corps, General Mohammad Ali Jafari, has taunted Saudi Arabia over its declaration this week that it might send ground forces into Syria.

“They claim they will send troops, but I don’t think they will dare do so. They have a classic army and history tells us such armies stand no chance in fighting irregular resistance forces,” Jafari told reporters in Tehran on Saturday.

“This will be like a coup de grâce for them. Apparently, they see no other way but this, and if this is the case, then their fate is sealed,” he added.

The commander was speaking at the funeral of Brigadier General Mohsen Ghajarian, killed this week in Aleppo Province.

On Thursday, the Saudi Defense Ministry said it was ready to deploy troops to assist tthe US-led coalition against the Islamic State.

An Iranian soldier in the northern Aleppo offensive pays tribute to the past and present Supreme Leaders of Iran — Ayatollahs Khomeini and Khamenei — and Hezbollah leader Hassan Nasrallah: 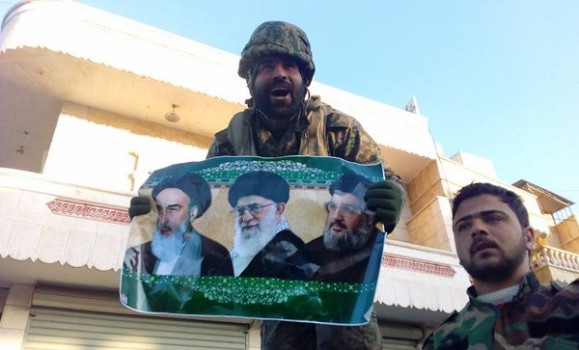 The photographs of 24 Iranian soldiers, including a Brigadier General and a Colonel, killed in Syria this week — although locations were not given, many of them were likely in the offensive: 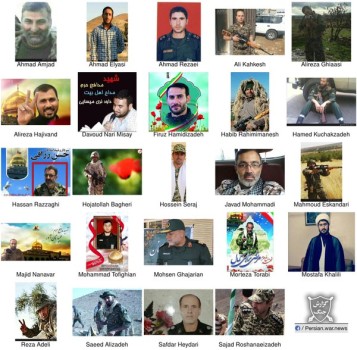 Ayatollah Khamenei implicitly acknowledged the rising death toll by meeting families of men killed in Syria and Iraq. He told them:

Martyred defenders of shrines devoted their lives to defend country, nation, religion and the Islamic Revolution. 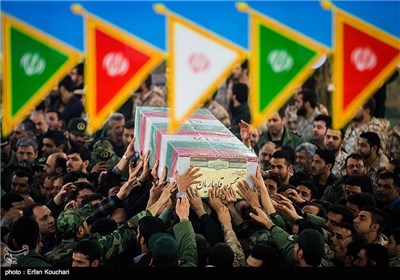 After reaching the regime enclaves of Nubl and Zahraa earlier this week, the regime-Russian-Hezbollah-Iranian offensive set Rityan as the next objective. Pro-Assad accounts claim it has been taken, while pro-rebel outlets say fighting continues with the regime forces taking heavy casualties.

Claimed footage of forces in the village of Mayer: