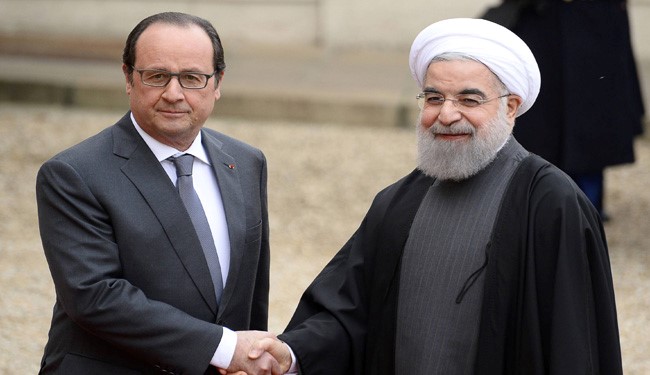 Iranian officials have indicated that a high-profile $27 billion deal to buy A380 Airbus passenger planes from France may be in trouble.

In late January, the agreement was announced as President Rouhani visited Paris, two weeks after implementation of the July 2015 nuclear deal began the lifting of US and European Union sanctions.

However, on Sunday Farhad Parvaresh, the managing director of Iran Air, indicated that “conditions” put the delivery of 118 A380s in doubt. He said Iran might buy smaller Airbus models such as the A350.

He did not specify the conditions but hinted that the issue might be the method of payment: he said Iran will not use “internal resources” for the purchases, but rely on “financial facilities that will mostly be provided by Airbus as well as European financial institutions”.

Parvaresh said that, if the deal proceeds, the first A380s will be received in 2021. Transport Minister Abbas Akhoundi had said last month that Airbus’s first deliveries to flag Iran Air were due as early as July.

Iran has set a target of obtaining 500 commercial planes to renovate its fleet of 248 aircraft with an average age of 20 years. About 100 of the aircraft are in storage.

In another sign of tension and in-fighting over February 26, Iran’s military has attacked the Foreign Ministry for supposed appeasement of British “interference” in the campaign.

The Deputy Chief of Staff, Masoud Jazayeri, said that the Foreign Ministry had been silent about Britain’s plots and that Iranian people were waiting for Government action against the “voice of Satan”. He specifically said that the coverage of BBC Persian should be met with an “overwhelming response”.

Fearful of gains by a centrist-reformist alliance in Friday’s ballots for Parliament and the Assembly of Experts, regime factions — including the Supreme Leader — have put out the line that the US and Britain are trying to undermine the Islamic Republic.

The Foreign Ministry appeared to acknowledge the military pressure with a statement later on Monday announcing the British role in elections.

The Islamic Republic of Iran’s position is a clear one; an important achievement of Iran’s Islamic Revolution is independence and freedom, and the vigilant nation of Iran does not need the advice of any foreign player.

We are sure that, in the upcoming elections, the Iranian nation will prepare the grounds for the expansion of Islamic Republic’s power at the international and regional level through their massive participation and vigilant and conscious choice.

President Rouhani and Foreign Minister Mohammad Javad Zarif are seen as centrists who are linking up with former President Hashemi Rafsanjani to build influence in Parliament, despite the Guardian Council’s disqualification of thousands of candidates.

Reformists, who have been restricted to 90 approved candidates for the 290-seat Parliament, are pursuing joint lists with the centrists to counter the purges. 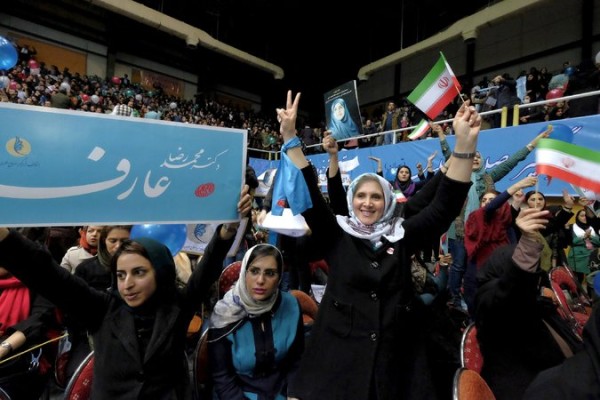