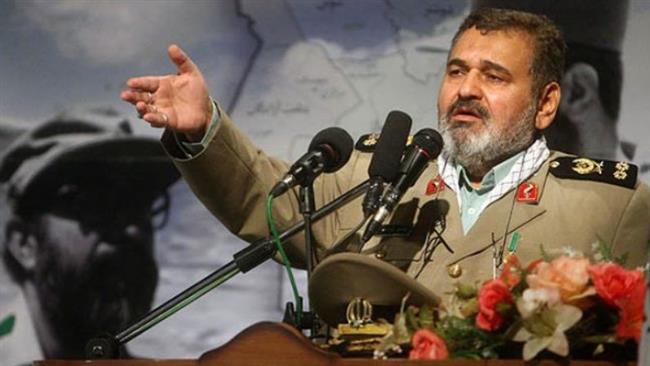 Trying to prevent any success by centrists and reformists in February 26 elections, groups within Iran’s regime have warned that the US and Britain are trying to interfere in the campaign.

The head of Iran’s armed forces, General Hassan Firouzabadi, is the latest figure to warn of a foreign-backed sedition, insisting that Washington and London are pursuing “disgraceful and insulting” plans to violate the Islamic Republic’s independence and national sovereignty.

“Such interference is [part of] aggressive strategies adopted by the US and Britain toward the Iranian nation, and the country’s officials should not underestimate it,” Firouzabadi said.

The General said Iranian officials should display a “severe reaction” to any foreign intervention, asserting that it is similar to “military interference”.

See Iran Feature: What if Tehran Ran US Elections?

The Guardian Council disqualified thousands of candidates for the 290-seat Parliament and the 88-member Assembly of Experts, the body which chooses the Supreme Leader. However, hardliners and some conservative factions still fear that the small group of 90 approved reformists could ally with centrists — linked to President Rouhani and former President Hashemi Rafsanjani — in the Parliamentary contests.

Ayatollah Khamenei opened the campaign on Wednesday with the warning that the US was trying to undermine the elections by challenging the decisions by the Guardian Council.

Friday Prayers Leaders, whose sermons are guided by the Supreme Leader’s office, followed with calls for vigilance. Hojatoleslam Sedighi said in Tehran, “Iran’s enemies, especially the US and Britain, are encouraging Iranians to vote for those whom [the enemies] want.”

Meanwhile, reformists are pressing ahead despite the mass disqualifications trying to curb their influence. They have announced a joint list with centrists in Tehran and other cities to offer a viable alternative to hardline and conservative factions.

Mohammad Reza Aref, a Presidential candidate in 2013, and his wife, dermatologist Hamideh Moravej, at a reformist meeting: 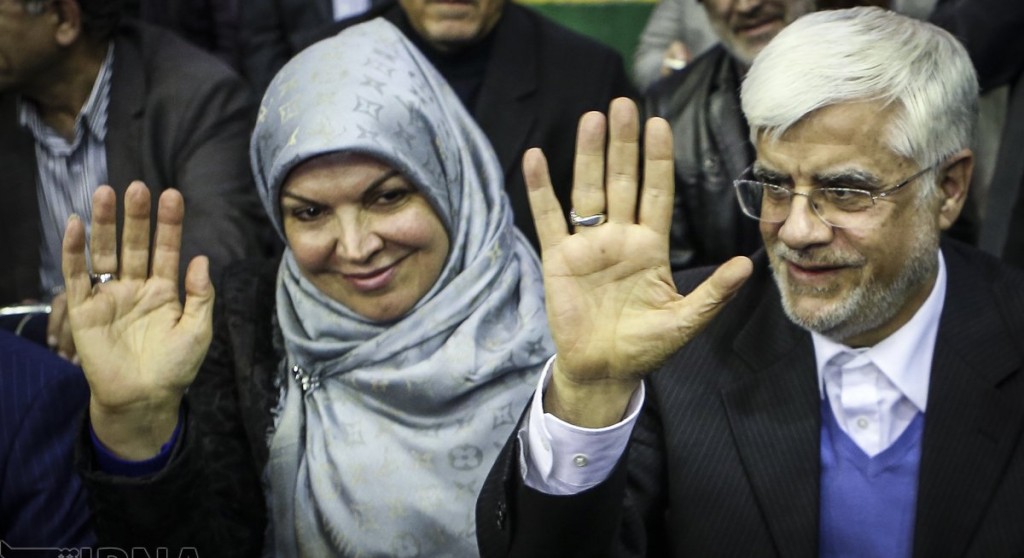 Fars News, the outlet of the Revolutionary Guards, devotes its lead story to a scathing attack by a conservative MP on former President Hashemi Rafsanjani and his allies for “corruption”.

Trying to check the centrist-reformist bloc, Fars features the allegations by Elyas Naderan that Rafsanjani and Gholamhossein Karbaschi, a reformist former Mayor of Tehran, “institutionalized corruption” while Rafsanjani was President from 1989 to 1997.

Naderan claims that Rafsanjani and his allies have continued to manipulate the system for their gain, hindering efforts to deal with financial and economic crimes.