Iran Daily, Jan 19: Anger Grows As 1000s of Election Candidates May Be Disqualified 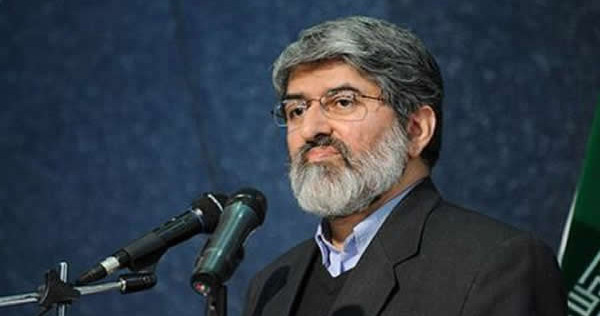 PHOTO: Ali Motahari, one of 50 MPs among 1000s of candidates disqualified for February’s elections in Iran

Anger is growing in Iran over the disqualification of hundreds, possibly thousands, of candidates for February’s elections for Parliament and the Assembly of Experts, the body which chooses the Supreme Leader.

Over the weekend, the 12-member Guardian Council began disseminating lists of approved and banned candidates. Those reportedly disqualified include 50 of Iran’s 290 MPs and almost all reformists, who have been suppressed in the Islamic Republic for more than a decade.

A member of the reformist policymaking committee said only 33 of 3,000 candidates had been approved to stand. It was unclear whether the remainder have all been disqualified or whether decisions are pending on some of them.

Only four reformists were cleared to stand in Iran’s capital, Tehran. Not a single candidate was approved from centrist and reformist factions such as National Trust, Kargozaran, Iranian People United, and Neda Iranian.

The Council’s decisions are apparently backed by the Supreme Leader, who appoints the six clerics on the body. Iran’s judiciary, led by the hardline Sadegh Larijani, nominate the Council’s six legal specialists, who are then approved by Parliament.

The disqualifications are part of a growing political battle in which hardliners and some conservatives fear the growth of a “centrist” bloc around President Rouhani and allies like former President Hashemi Rafsanjani. MPs, clerics, and military commanders have accused rivals, including Rafsanjani, of pursuing “sedition” to undermine the Islamic Republic.

Other candidates blacklisted by the Council include conservative MP Ali Motahari, a long-time critic of regime decisions including the holding of political prisoners; Morteza Eshraghi, the grandson of the late founder of the Islamic Republic, Ayatollah Khomeini; and Rafsanjani’s Fatemeh Hashemi.

In what may be a pointed signal to Speaker of Parliament Ali Larijani, the Council blocked 13 candidates of a political faction linked to him.

Larijani has been under pressure to join a hardline-conservative bloc to meet the challenge of the centrists and reformists.

Rafsanjani said on Monday that the decisions were “unacceptable”: [The Guardian Council] bittered the sweetness of the implementation of JCPOA [the nuclear deal] by disqualifying 60% of the candidates.”

Conservative Ghorban Ali Dorri Najafabadi, a former Intelligence Minister and current head of the Supreme Administrative Court, asked, “What does it mean that these candidates have not obtained a qualification? They are not one or two people, this is 40% of the candidates and it is not acceptable.”

Vice President Elham Aminzadeh said President Rouhani — who criticized the disqualifications and promised action in a Sunday press conference — “will discuss the matter with the Council so if any mistake has been made in the qualification process it can be solved”.

More than 8,000 people registered candidacy for the contest for 290 seats in the Majlis, and more than 800 for the 88 positions on the Assembly of Experts.

Lawyer Abdolfattah Soltani, on a one-week furlough from an 18-year prison sentence, with lawyer Nasrin Sotoudeh — a political prisoner from 2010 to 2013 — her husband Reza Khandan, and her son: 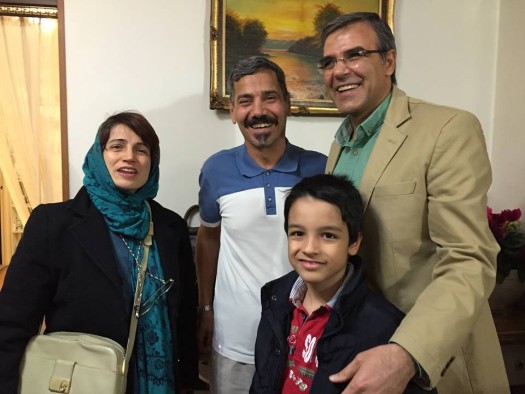 Soltani, arrested on several occasions for his involvement in human rights cases and members of the Center for Defenders of Human Rights, was given the sentence and a 20-year ban on practice of law in 2012.

Sotoudeh was given an 11-year sentence, later reduced to 6 years, and a 10-year ban for her human rights work. She was granted early release in September 2013.

The US Treasury has removed Iranian shipping companies from its sanctions list, following confirmation of implementation of the July 2015 nuclear deal.

A total of 606 vessels and their aliases such as crude oil tankers, dry bulk carriers, and supply vessels have been removed.

The Treasury said that “transactions with Iran’s shipping and shipbuilding sectors and port operators, including IRISL, South Shipping Line, and NITC, and the port operators of Bandar Abbas” are no longer prohibited for non-US individuals.

Rouhani Advisor: I Warned of Attack on Saudi Embassy

Ali Younesi, a Presidential advisor and former Intelligence Minister, has said he warned the Foreign Ministry of the attack on the Saudi Embassy in Tehran on January 2, which led to Riyadh’s breaking of relations with the Islamic Republic.

Younesi said that Deputy Foreign Minister Hassan Qashqavi subsequently told him that the Foreign Ministry had passed the warning to the police, “but for whatever we were surprised and the extremists did their job”.

Some Iranian clerics and MPs have blamed Saudi Arabia and Israel for staging an attack on the Embassy, but President Rouhani has called for an enquiry to find the responsible parties.

About 50 people were arrested after the incident, and two officials — the Deputy Governor of Tehran Province and the commander of a special security unit in Tehran — have been dismissed.

Zarif: We Will Respond “Proportionally” to New US Sanctions

“No measure against the Islamic Republic of Iran will go unanswered and we will respond proportionally to any move,” Zarif said on State TV on Monday night.

On Sunday, a day after the implementation of the July 2015 nuclear agreement — including the start of removal of US and European sanctions, with 400 Iranians taken off a blacklist — Washington sanctioned 11 Iranian entities for links to the missile program.

The US maintains that ongoing Iranian missile tests violate a UN Security Council resolution. Iran says that only missiles capable of carrying nuclear warheads are covered.

“This US claim has no international ground and, as per the directive of President [Rouhani], we will continue our missile activities more than before with the aim of deterrence,” Zarif added.

Despite the public declarations, the two sides appear to have negotiated the timing of the sanctions announcement to minimize conflict. US Secretary of State John Kerry notified Zarif of the new restrictions on December 29, but the Iranian Foreign Minister explained that they would jeopardize negotiations for a prisoner swap completed last Saturday. The Obama Administration immediately pulled back, until “Implementation Day” and the swap were confirmed.

Attempts to impose new sanctions under the pretext of irrelevant excuses show the United States’ continued hostile policies and hatred towards the Iranian nation and its useless attempts to weaken Iran’s defense power, which are not helpful to regional security, stability and tranquility.

The Islamic Republic of Iran’s missile industries are fully home-made and reliant on knowledge, expertise and infrastructures of the defense industry, and imposing sanctions against people and companies don’t affect the trend of its development and strengthening.

Dehghan promised that the Islamic Republic would soon be “unveiling new missile achievements”.