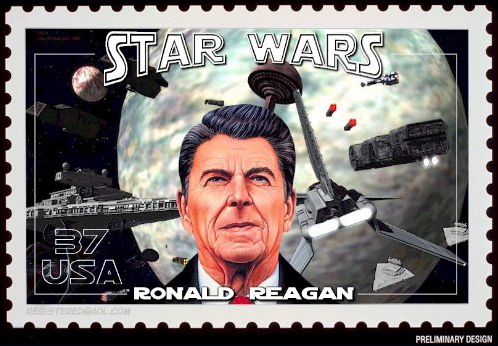 PHOTO: Star Wars and the actor/President who took advantage of it, Ronald Reagan

I had the chance to do a different type of political analysis on Monday. As Star Wars: The Force Awakens makes its premiere, I talked to BBC Radio 4’s flagship program PM about how the original Star Wars tapped into US politics, helped America feel good about itself in the downbeat 1970s, and paved the way for an actor named Ronald Reagan to seize the political initiative in the 1980s.

The other guest is Matthew Garrahan, the Global Media Editor of the Financial Times: