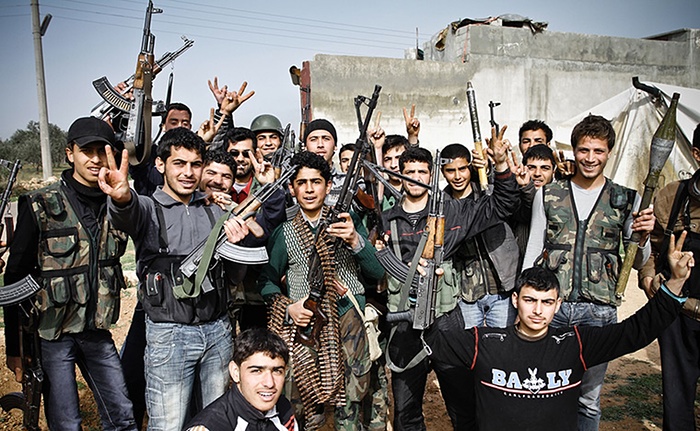 On Saturday, mainstream media reported the claim of the leader of the Islamist faction Jabhat al-Nusra, Abu Mohammad al-Joulani, that there is “no Free Syrian Army”.

The report was a distortion of al-Joulani’s interview with pro-opposition Syrian media — the Nusra leader said the FSA did not exist as an organized command, although many groups fought under its label — but it was gleefully spread by pro-Assad outlets as “proof” that there is no “moderate” rebellion in Syria.

Journalist Rami Jarrah, who is based in the opposition-held portion Aleppo city, asked residents for their response to al-Joulani:

There is Free Syrian Army and they are all our brothers….

The FSA are in all the liberated areas of Aleppo….

Who are we on the ground? We are the FSA.