Syria Daily, Dec 12: Kerry to Visit Moscow, Hoping for A Breakthrough with Putin 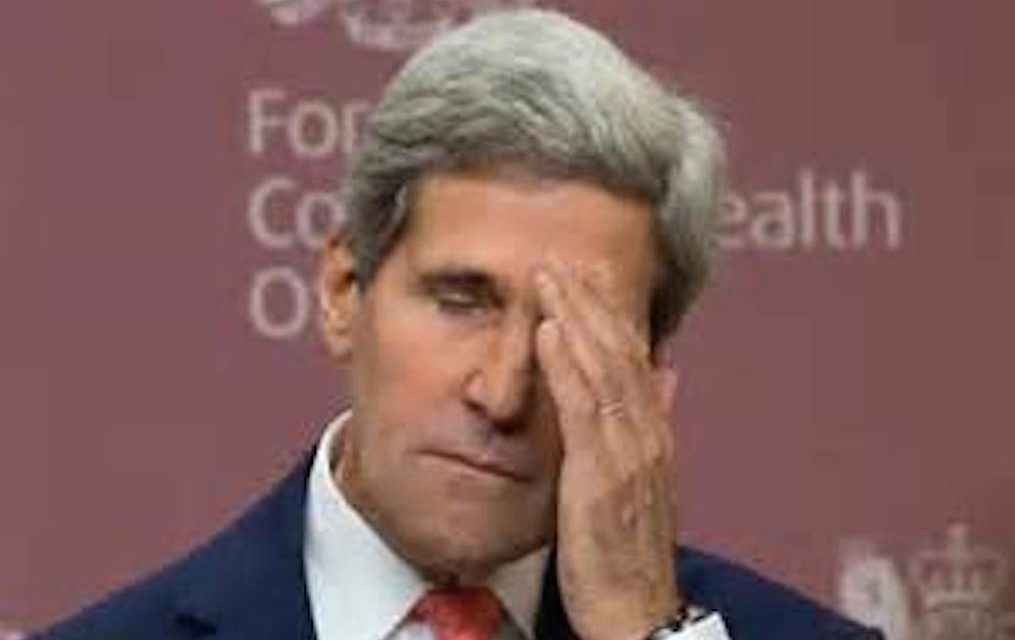 Seeking a resolution to Syria’s crisis by the end of March but facing obstacles — including from Russia — US Secretary of State John Kerry is going to Moscow for talks with President Vladimir Putin.

State Department deputy spokesman Mark Toner said on Friday, “They will discuss ongoing efforts to achieve a political transition in Syria and related efforts to degrade and destroy ISIL [the Islamic State].”

Before Kerry’s journey to Russia, Foreign Ministers will meet in Paris on Monday.

After two sets of international talks, spurred by Russia’s military intervention and bombing from September 30, Kerry is hoping to grab the initiative for the implementation of ceasefires, opposition-regime talks, a new Constitution, and elections within 18 months.

However, Russia has been unwilling to let the American define the terms. Earlier this week, Moscow effectively rejected Kerry’s announcement that discussions could be held in New York on December 18, saying that any international talks should continue to be convened in Vienna.

The Russians are specifically objecting to the list of opposition and rebel groups being drawn up by the US and other countries. Instead of accepting them for talks with the Assad regime, Moscow wants more of the factions labelled as “terrorist” as they put forth their own list for an “acceptable” opposition.

Saudi Arabia added a further challenge this week as it hosted an opposition-rebel meeting that set out principles — including the insistence that President Assad must step down during a transition — and establishing leadership and negotiation committees.

The negotiation committee includes representatives from rebel factions, such as Jaish al-Islam, that are not recognized by Russia or the Assad regime as legitimate.

President Assad went farther in an interview with a Spanish news agency, rejecting the Riyadh meeting completely: “They want the Syrian government to negotiate with the terrorists, something I don’t think anyone would accept in any country.”

Syria Daily, Dec 11: Assad Sidesteps Question of Whether He Will Negotiate with Opposition>

Assad said “the only way to deal with the militants in Syria” was the regime’s strategy of sieges and bombardment for “reconciliation” agreements with opposition-held areas.

Kerry: “Kinks to Be Worked Out”

Kerry said on Friday that he had spoken in recent days with Saudi Arabian ministers about the opposition-rebel talks in Riyadh.

“There are some questions and obviously a couple of — in our judgment — kinks to be worked out,” Kerry told reporters. “And I’m confident they’re going to be worked out.”

The Secretary said he was not sure that the New York meeting would talk place on Friday: “I have to hear what the answers are to some questions that we have today. And then we’ll let you know.”

Celeste Wallander, the senior director for Russia and Central Asia on the National Security Council, expressed optimism for a resolution: “We wouldn’t be having these negotiations if we didn’t think that there was a possibility that Russia’s position is evolving such that we could agree.”

Wallander said Russia can be convinced that Assad should step aside:

I don’t know that the positions have come closer, but it’s clear that there could be an agreement on a transition that meets U.S. and coalition requirements that Assad not be part of Syria’s leadership, and those are the discussions that are under intensive focus right now.

Joulani, with his face blurred to avoid identification, said the group would not renounce its allegiance to Al Qa’eda. He claimed that Jabhat al-Nusra would still labelled as “terrorist” by the US and its allies even if the ties did not exist.

He rejected the opposition-rebel talks in Saudi Arabia, saying that they seek to disarm anti-Assad fighters. He said that the Free Syrian Army did not exist as a unitary organization; instead, many groups operated under an FSA label.

The Nusra leader also denounced the international talks in Vienna, claiming that Russia and the US were conspiring to end the challenge to Assad.

After asserting that Iran was trying to penetrate Syrian society, he said that Tehran and Iranian-led Iraqi militias had lost 500 troops on the front south of Aleppo.

At least 16 people were killed and more than 50 injured by a car bomb in Homs city on Saturday.

The bomb was detonated near a hospital in the mainly Alawite neighborhood of al-Zahraa in the eastern part of the city. It was followed by a second explosion from a gas canister inside the vehicle, injuring people who tried to help victims of the first explosion.

The opposition Homs Liberation Movement said that the Assad regime is behind the attack.

However, a statement purportedly from the Islamic State claimed responsibility for the attack, naming Abu Ahmed al-Homsi as the attacker and saying more than 25 people were killed and 70 wounded.

Claims are circulating that the Kurdish police and YPG militia YPG have detained civil defense members, including the head of the organization, in the Afrin canton in Aleppo Province.

Syrian Civil Defense has condemned the arrests and called for the immediate release of the men.

Protesters in Kafranbel in Idlib Province call for the release of the personnel, labelling the YPG as affiliates of the Turkish Kurdish insurgency PKK: 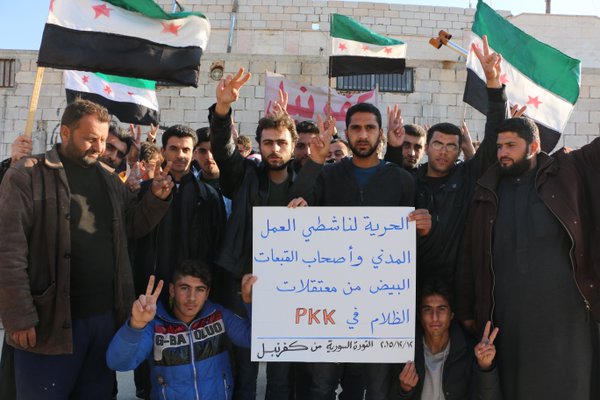 The protesters of Kafranbel in northwest Syria chide the international community for acceptance of President Assad, at least in the short term: