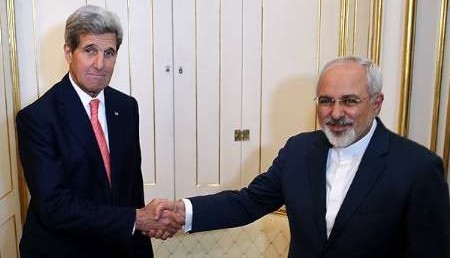 A senior Iranian official said on Sunday that Tehran had prevented an international conference from excluding Syria’s President Assad from elections within the next 18 months.

The Vienna conference on Saturday — including 17 countries, the European Union, the Arab League, and the UN — issued a statement calling for elections after a new Constitution, but it made no declaration about Assad’s future.

He said that “some participants insisted that if the envisaged trend goes well in a six-month period, Bashar Assad should not contest the upcoming elections”. However, Iran held out against this “unprincipled position”:

In response, we stressed unequivocally that only Assad himself can decide on his participation or non-participation in the elections and [that] it is only the people of Syria who can say whether they will vote for him or not.

Assad’s allies Russia and Iran have called for Presidential and Parliamentary elections while holding out against a transition that would exclude the President and his inner circle. The US, European nations, and Saudi Arabia had proposed at the first Vienna meeting on October 30 that Assad leave after no more than a year during the 18-month process to resolve Syria’s conflict.