EA’s Political WorldView Podcast: The “Pray for Paris” and “War with ISIS” Edition 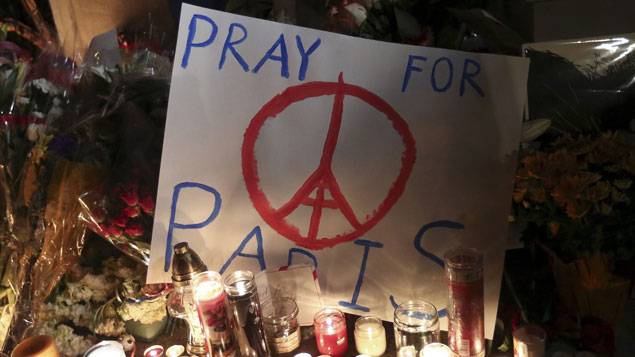 PHOTO: A “Pray for Paris” display at the French Consulate in New York (Carlo Allegri/Reuters)

This week’s Political WorldView podcast is devoted to an analysis of developments after the Islamic State’s attacks in Beirut, Paris, and possibly the Sinai Peninsula more than a week ago.

Regulars Adam Quinn and Scott Lucas are joined by University of Birmingham colleague Marco Vieira to ask about the most effective political and military steps to take at home and abroad, wondering whether a “culture of fear” will lead to hostility — for example, against refugees — undermining the effort.

In between the two parts of the discussion, there are the Numbers of the Week to move from Brazil to India to the US.