Syria Audio Analysis: How is Russia Presenting The Bombing Campaign to Its Own People? 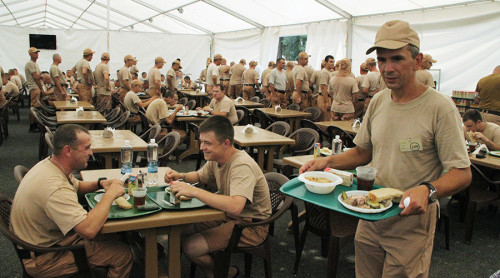 PHOTO: Russian troops at their base in Latakia Province in western Syria (Dmitry Vinogradov/RIA Novosti)

Russia’s propaganda for its bombing inside Syria has been marked by deception with attacks on the rebels challenging President Assad presented as a campaign against the Islamic State.

But how is Moscow presenting the campaign at home? And how is the “information” being received by the Russian public?

The University of Birmingham’s Natalia Rulyova joined Monocle 24’s The Briefing on Friday afternoon to discuss the questions.

A correspondent with TV Zvezda with the Syrian military on the frontline in Latakia Province: