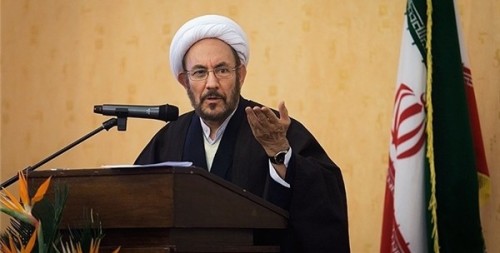 Amid the latest wave of Iran’s denunciation of Saudi Arabia, a top Presidential aide has said that the deadly September 24 stampede during the hajj pilgrimage to Mecca was a plot by the Israeli intelligence agency Mossad.

Ali Younesi, a former Intelligence Minister, told a crowd in Tabriz in northwestern Iran on Tuesday, “I see the hand of the Zionist regime’s spy agency, Mossad, in the Mina catastrophe.”

Saudi officials say at least 765 people died in Mina, near Mecca, when two groups on narrow roads converged in the “Stoning of the Devil” ritual. Iranian authorities put the death toll at 4,700, including 464 Iranians.

Health Minister Hassan Ghazizadeh Hashemi, following up in Saudi Arabia, said that more than 500 Iranian citizens are still missing. He blamed the Saudis for failing to disclose information “since it is possible that some of them are imprisoned or in the hospital”.

Commenting on the disaster, Younesi said the “fake Zionist regime” of Israel continues its existence through war and violence in the Middle-East: “The ominous regime attempts to stir tension among Islamic nations and make them suspicious of each other.”

Grand Ayatollah Nouri Hamedani also invoked an Israeli plot as he called the Saudi monarchy a “tribal regime”. Hamedani added that, with the mismanagement leading to the stampede, Riyadh was “serving the interests of the US and the Zionist regime”.

From the day of the stampede, high-level Iranian officials have accused the Saudis of mismanagement, negligence, and even a deliberate plan to cause the deaths. The Supreme Leader has demanded a Saudi apology, while senior officials have called for Riyadh to be stripped of oversight of the hajj. Iran’s Revolutionary Guards have warned of a “rapid and harsh reaction” to the Saudis.

The regime continued on Tuesday to link its criticism to wider regional challenges to Saudi Arabia. Meeting a delegation from Yemen, the Secretary of the National Security Council said Saudi aerial intervention in the Yemeni civil war is a “war crime”.

Ali Shamkhani asserted, “Targeting residential areas, hospitals, service [providing] centers and the carnage of innocent women and children along with the inhumane blockade of the Yemeni people are flagrant examples of war crimes.”

Shamkhani accused the Saudis of using toxic gas in missile attacks on residential areas, saying it is a “genocide” which is “suppressing the legitimate resistance” of the Yemeni nation.

He called on all international organizations to protest Saudi operations, which began in March in an attempt to check the advance of the Ansar Allah (Houthi) movement which took power in the capital Sana’a.

Iran and Saudi Arabia are also on opposite sides of the spiralling conflict in Syria, where Russia — which has begun airstrikes in support of a ground offensive by regime forces — and Iran are providing essential support to President Assad and the Saudis are backing Syrian rebels.

Supreme Leader Attacks Rouhani’s Engagement Policy — No Negotiations With US

The Supreme Leader has launched an attack on the “engagement” foreign policy of the Rouhani Government, repeating that Iran will not enter negotiations with the US following the July 14 nuclear deal.

Senior Presidential advisor Mohammad-Baqer Nobakht said on Tuesday that “next Sunday Parliament will…make a historic decision” with support of the July 14 nuclear deal with the 5+1 Powers.

Nobakht said implementation of the Joint Comprehensive Plan of Action will be a “national honor for the country”, as he praised the “three branches of government” for cooperating to remove “ineffective sanctions”.

The Parliamentary Commission reviewing the deal said last Sunday that the agreement was flawed but that it was recommending “conditional acceptance”.