BBC Radio: Should Britain Apologize for the 2003 War? 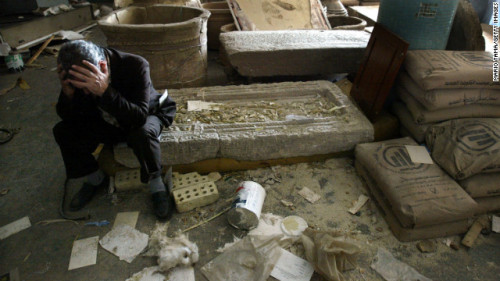 This week the front-runner to become the leader of Britain’s Labour Party, Jeremy Corbyn, said that the party — led in Government in 2003 by Prime Minister Tony Blair — should apologize for the Iraq War.

I spoke with BBC WM Radio on Friday morning about the issues around Corbyn’s statement, from the lies that spurred Britain to war alongside the US, the failures that contributed to the post-war disaster, and the challenges of dealing with Iraq and neighboring Syria today.

Listen to discussion from 9:24

I certainly think the Blair Government, 12 years later, has a lot to answer for — that includes the former Prime Minister, who is still an envoy to the Middle East; his leading Ministers; and his leading advisors.

The Government lied, or at least distorted information, in the run-up to the war — especially about weapons of mass destruction. The Government defied the advice of the Attorney General that the war was illegal under international law. The Government did nothing to prepare for the aftermath of that war, such as the need for a sensible reconstruction. Instead what you got was violence and a descent into civil war that killed hundreds of thousands of Iraqis and contributed to the instability in the region today.

We need to say that this isn’t just an issue of the past, it’s an issue of the present. We have serious crises in Iraq and in neighboring countries like Syria — how do we approach them more sensibly, rather than charging in with “shock and awe” and making the problem worst?