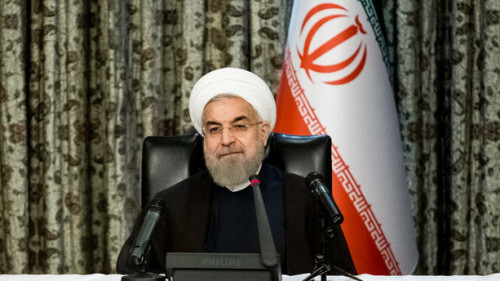 Trying to prevent a long-term conservative majority in Parliament — including many of his hardline critics — President Rouhani has laid down a challenge to the powerful Guardian Council over the next elections for the Majlis.

The Guardian Council has used its power to vet candidates to block many centrists and reformists from standing for Parliament and the Presidency. In 2013, it disqualified former President Hashemi Rafsanjani from seeking another term — only for Rouhani, permitted to run as a consolation for centrists, to win a surprising majority in the June election.

However, Rouhani has been checked on domestic issues by the conservative bloc in Parliament, and hardliners are also using the base to threaten rejection of the July 14 nuclear deal with the 5+1 Powers.

The executive authority of the elections would not disqualify the members of certain political parties to deprive them of their rights of political participation.

The Guardian Council has a supervisory role, but not an executive one. This is the government which actually does the task, and in some cases, it has necessary means to prevent election disorders and possible fraud.

The Guardian Council plays the role of the [supervising] eye, which cannot do an executive task — this is specifically for the Government.

Rouhani predicted that the next Parliament will no longer be in control of a single party:

The system will not set aside its best and most valuable and expert forces, of any political party or group or ideology, seeking to serve their country. All parties and groups are respected and equal when it comes to the rule of law.