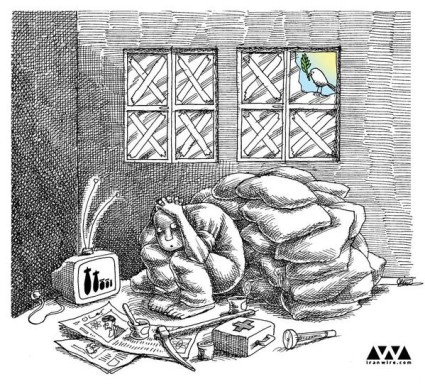 UPDATE 1530 GMT: Talking to the Iranian press, Foreign Minister Mohammad Javad Zarif has thanked the Supreme Leader, President Rouhani,the media, and the Iranian people for their roles in the nuclear deal.

Saying that $700 million per month will be released to Iran under the deal, Zarif explained, “Timing of the lifting of the sanctions is up to how much time the measurements of both sides will take.” He said the entire process will take a decade:

He then looked towards the post-deal debates on political and social issues:

#Iran FM Zarif: I hope this agreement can a basis for empathy between different sides in #Iran. #IranTalksVienna

Earlier, Rouhani also looked beyond the deal as he proclaim that, “if implemented, [it] can gradually remove mistrust between Iran and the 5+1 Powers”.

#Iran president Rouhani: Iran not looking for pressure on regional countries, We want further unity and friendship with regional states.

Avoiding any reference to Iran’s concessions in the agreement — and his 2013 warning to the Supreme Leader that talks were needed to prevent economic collapse — Rouhani proclaimed, “The Iranian nation’s resistance brought world powers to the negotiation table.”

In contrast, the office of US Secretary of State John Kerry focused solely on the agreement and avoided declaration of victory over Tehran:

Agreement is a step away from specter of conflict, towards possibility of peace. This is the good deal we have sought pic.twitter.com/JY9YSZrPQs

This deal is not built on trust, it is built on verification. Every pathway to a nuclear weapon is cut off, and the inspection and transparency regime necessary to verify that objective will be put in place.”

He anticipated the 60-day review by US legislators, “As the American people and Congress review the deal, it will be important to consider the alternative….Put simply, no deal means a greater chance of more war in the Middle East.”

ORIGINAL ENTRY: After more than a decade of conflict and negotiations, Iran and the 5+1 Powers (US, Britain, France, Germany, China, and Russia) have announced a comprehensive nuclear agreement.

The deal was concluded after eight rounds of talks following an April 2 nuclear framework, including more than two weeks of continuous discussions in Vienna leading up to today’s announcement.

UN, US, and European Union sanctions on Iran will be removed within months, in return for Tehran’s reduction of their stock of low-enriched uranium, inspections of Iranian nuclear facilities, and the Islamic Republic’s accession to the Additional Protocol of the Nuclear Non-Proliferation Treaty.

The US Congress now has 60 days to review the deal. It can call for rejection, but if President Obama then uses his veto, the votes of at least 67 of 100 Senators will be needed to kill the agreement.

The final detailed issues — which prevented signature by a June 30 deadline and then a revised cut-off of July 7 — were resolved after a series of compromises. Iran has accepted that sanctions can be reinstated in 65 days if there is a violation of the terms of the deals. A UN weapons embargo on arms sales to Iran remains for five years, and a ban on buying missile technology for eight years.