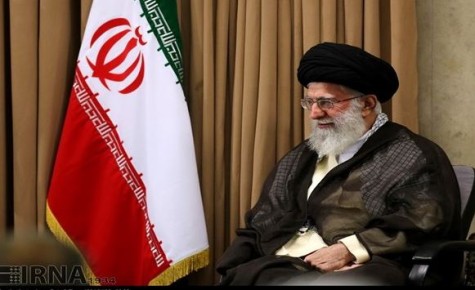 Iran’s top officials are lining up behind the Supreme Leader as the June 30 deadline for a nuclear agreement with the 5+1 Power approaches.

On Tuesday, Ayatollah Khamenei set down the “red lines” for a deal, including the removal of most US-led sanctions as soon as a deal is signed, no long-term restrictions on uranium enrichment or on research and development, and no inspections of military sites or questioning of nuclear scientists.

The Supreme Leader also indicated that, if a deal is not reached, his plans for a “resistance economy” can ensure Iran’s security and progress.

The Supreme Leader’s words on the resistance economy, and even more importantly on the nuclear program, and his support of the negotiating team are a clear message to some individuals of the road ahead on the nuclear negotiations.

Political deputies of the Iran and the 5+1 (US, Britain, France, Germany, China, and Russia) met for six hours in Vienna on Wednesday, seeking progress on the final draft of an agreement.

The formal deadline for the resolution is next Tuesday; however, Iran, France, and Britain have all indicated that discussions may continue for a few more days if an agreement is likely.

More than 600 signatories of an open letter have protested the mass firing of journalists by the Iranian Labor News Agency (ILNA).

The signatories wrote, “The labour section of ILNA does not deserve to be treated in this matter. We condemn this action and demand that they be immediately returned to their jobs.”

Esmail Mohammadvali, the former head of ILNA’s Labor section, wrote on his Facebook page of issues leading to the dismissals, including journalists’ objections to censorship of news about protests by factory workers in front of the Labor Ministry. The reporters were also prevented from fully covering teacher protests.

Mohammadvali said that a memo last week by ILNA’s Director General told staff that there must be no coverage of the factory workers, as the protests were not legitimate and that “the workers are asking for too much”.