Iran Daily, May 28: Kerry and Zarif Meet in Geneva on Saturday 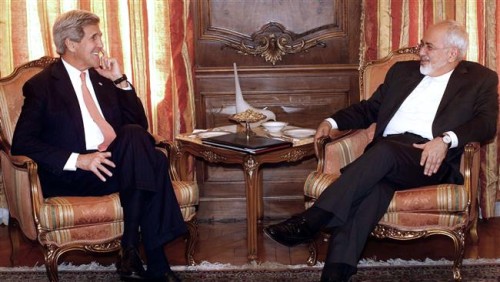 At an important stage in nuclear talks and amid regional crises, US Secretary of State John Kerry will meet Iran’s Foreign Minister Mohammad Javad Zarif in Geneva on Saturday.

Iran’s lead nuclear negotiator, Deputy Foreign Minister Abbas Araqchi, said that Kerry and Zarif will help narrow differences between Tehran and the 5+1 Powers (US, Britain, Germany, France, China, and Russia) over the final text of a comprehensive agreement.

Araqchi is negotiating with political deputies of the 5+1 in Vienna this week, in the fifth set of talks since a nuclear framework was announced on April 2.

Key issues include the timing of the removal of UN, European Union, and US sanctions on Iran, in return for Tehran’s limits on its nuclear facilities and uranium enrichment.

In recent weeks, the discussions have been complicated by tension over inspections of Iran’s military sites.

Bolstering an intervention by International Atomic Energy Agency head Yukiya Amano, French Foreign Minister Laurent Fabius said on Wednesday, “France will not accept [a deal] if it is not clear that inspections can be done at all Iranian installations, including military sites.”

Amano repeated in an interview yesterday, “When we find inconsistency or when we have doubts, we can request access to the undeclared location for example, and this could include military sites.”

Iran and the 5+1 are seeking a comprehensive agreement by a June 30 deadline, although Araqchi and French officials indicated this week that the date may be extended.

Kerry and Zarif are also likely to discuss regional conflicts such as the Syrian crisis, the Islamic State’s challenge in Iraq, and the Yemen civil war. Earlier this week, Zarif held talks in Oman, including with the Turkish Foreign Minister Mevlut Cavusoglu.

On Wednesday, Zarif jabbed at the US in an address to the Organization of Islamic Cooperation in Kuwait, “What can be seen in reality is the failure of the coalition headed by the United States in suppressing the Islamic State terrorist group.”