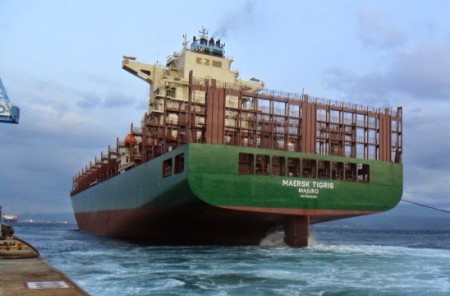 Iranian State media are reporting that Iran has released a cargo ship and 34 crew, forced into the southern port of Bandar Abbas on April 28.

State news agency IRNA, citing an “informed source”, says the Maersk Tigris — operated by a Danish company, part-owned by US interests, and flagged by the Marshall Islands — has been freed with a statement from the Iranian Ports and Shipping Organization later Thursday.

The Maersk Tigris was escorted to Bandar Abbas after Iranian patrol boats intercepted it in the Strait of Hormuz and fired warning shots.

Tehran’s officials said the ship was detained because its owners owed more than $10 million to an Iranian oil products company for undelivered containers. Other reports, including a statement by Maersk Shipping Company, said an Iranian appeals court had ordered the payment of $3.6 million.

On Wednesday, Maersk said that it had given a letter of undertaking to Iranian courts and Iran’s Ports & Maritime Organization.

In a move which may coincide with the resolution of the Maersk case, the Pentagon announced on Wednesday that it is halting the escort by US warships of vessels passing through the Strait of Hormuz.

Washington ordered the naval escorts soon after the Maersk Tigris was seized.