Britain Audio Analysis: The Battles After the Election 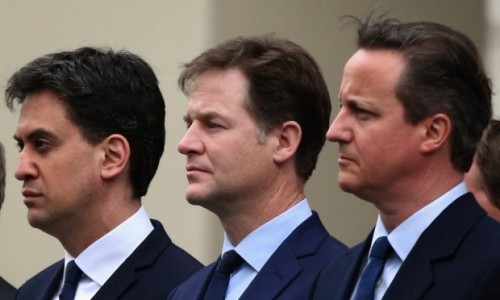 Complementing our special analysis of the Britain’s General Election, in which the Conservative Party won a narrow majority, I spoke with BBC Coventry on Friday in a wide-ranging interview about the uncertainties to come.

Discussion includes the prospects for the winners (Conservatives and Scottish National Party), the losers (Labour and the Liberal Democrats), and for Britain — including possibly historic confrontations over Scotland in or out of the United Kingdom and the UK in or out of Europe, as well as the SNP’s sudden emergence as the “progressive” challenger to the Tories:

On the transformation in British politics:

The entire British system has changed. When I first came to this country 30 years ago, it was quite clearly a two-party system. Now this is a multi-party system.

The only reason why the Conservatives won a majority last night was the self-destruction of the Liberal Democrats. I think that a majority government is not going to be the rule in Britain in the near-future, it’s going to be the exception. This is a new Britain, and one that is going to have to consider how coalitions function in trying to keep very different parts of the country together.

On the Labour Party:

Labour got along for too long because of the personality of Tony Blair. As long as they could hang on behind Blair in office, claiming what he said was the center ground in British politics, they were OK. But once Blair went, Labour were not able to define what it means to be in the center.

If you don’t define yourself, you will be left with no place to go except down.