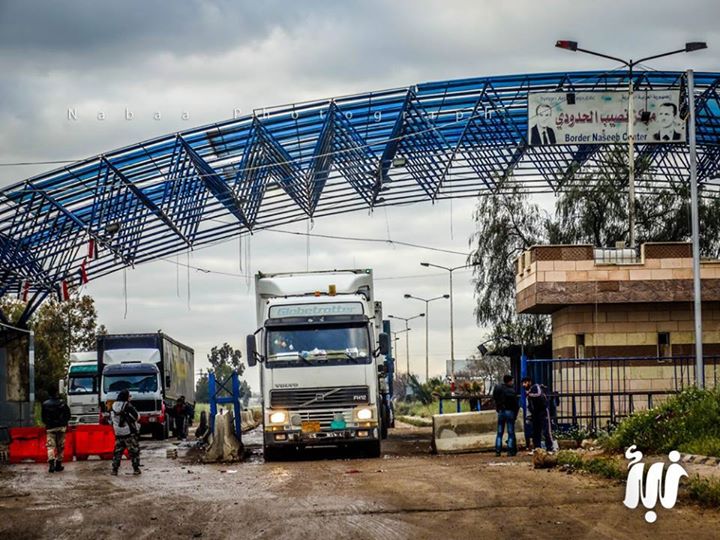 Syria Special: 5 Lessons from the Rebel Victory — and Regime Defeat — in Idlib

Admitting the loss of its last border crossing with Jordan to rebels, the Assad regime has blamed the Jordanians for the defeat.

State news agency SANA said Wednesday’s retreat from the Nassib crossing — the latest in a series of major setbacks for the regime — came “after the Jordanian side closed the border crossing point and deployed military forces.

Videos and pictures showed units from the Free Syrian Army and Jabhat al-Nusra attacking and moving into Nassib, the largest crossing into Jordan. Celebrations were followed by images of traffic resuming through the crossing and rebels processing passports.

The victory further opens up supply routes for the opposition forces, who have moved across southern Syria since the start of the year.

A Syrian “military source” insisted that the army had “carried out a successful regrouping and repositioning operation at new military positions within the controlled area”. SANA declared, “Later, the army carried out special operations against terrorist organizations’ gatherings in number of villages and towns.”

An “official source” at the Foreign Ministry said Syria will hold Jordanian authorities responsible for any “economic or social repercussions” of the rebel operations at the crossing.

The rebel faction Ahrar al-Sham at the crossing:

A pro-Assad site declares that the Syrian Army is planning an “imminent offensive”, named “Operation Hellfire”, to retake the provincial capital of Idlib.

However, al-Masdar News adds, “No date has been set for the counter-attack, as the Islamist forces are still on the offensive” after capturing Idlib last weekend.

The site points to rebel moves north of the city, surrounding the pro-regime enclaves of al-Fu’ah and Kafraya and cutting off the National Defense Forces from their primary supply route”.

South of Idlib, rebels continue attacks on the regime base at Mastoumeh and on militia at Tal al-Mintar.

And, close to the Turkish border at Jisr Al-Shughour, opposition forces have attacked a military checkpoint.