Syria Document: UN Report on the Devastation of an “Economy of Violence” 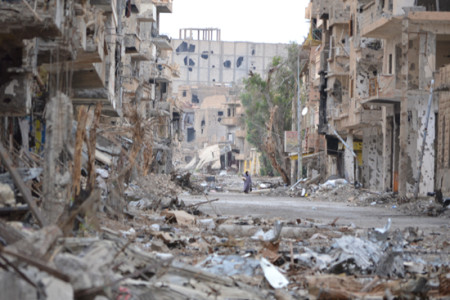 Last week, the United Nations marked the 4th anniversary of the Syrian conflict with a report detailing the devastation.

Among the findings of the report, [produced Syrian Centre for Policy Research with the support of the UN Development Program and the UN Relief and Works Agency (UNRWA) for Palestine refugees in the Near East:

• The economy of violence flourished in 2014 as battles intensified, with reallocation of resources and capital to the machinery of war. This was accompanied with the expansion of black markets, the erosion of sovereignty and rule of law, increasing dependence upon external support, deepening economic exposure and loss of economic security. Under the conflict the Syrian economy suffers from the dominance of the subjugating powers working to institutionalize control through violence. Moreover, as sovereignty has weakened conflict-related transnational networks and criminal gangs emerged to engage in human trafficking and abuse, pillage, smuggling, kidnapping and extortion, recruiting combatants and trading in the objects of national and historical heritage.

• The future growth of the Syrian economy has been compromised by the systematic collapse and destruction of its economic foundations as its infrastructure and institutions, human and physical capital, as well as the wealth of the nation has been obliterated.

• Economic destruction has engendered drastic levels of inequality and inequity as the domestic economy fragmented across the country, where armed parties created a state of exception to control and rule institutions and resources. To retain their dominance, the different parties have reallocated resources to create incentives and loyalty among their followers.

• Total economic loss since the start of the conflict until the end of 2014 is estimated at USD 202.6 billion, with damage to capital stock accounting for 35.5 per cent of this loss. Total economic loss is equivalent to 383 per
cent of the GDP of 2010 in constant prices. This massive loss has dramatically increased dependency upon the external support.

• The structure of GDP changed dramatically during the conflict, with agriculture and government services together accounting for 45.7 per cent of total GDP in 2014, but with each assuming a greater share of shrinking productive capacity.

• There was a tiny improvement in private investment in 2014, which increased slightly by 1.4 per cent compared to 2013. This was driven by manufacturing investment in relatively stable areas. However, this is not an indication of recovery and/or sustainability, but does indicate that the enterprise sector is partially making adjustments to operating under armed-conflict.

• Public investment continued to retrench, contracting by 17 per cent in 2014. Combined public and private investment formed just 10.8 per cent of the GDP. This resulted in a position of negative net investment in 2014 since this level of investment is below the normal annual depreciation rate of capital stock. 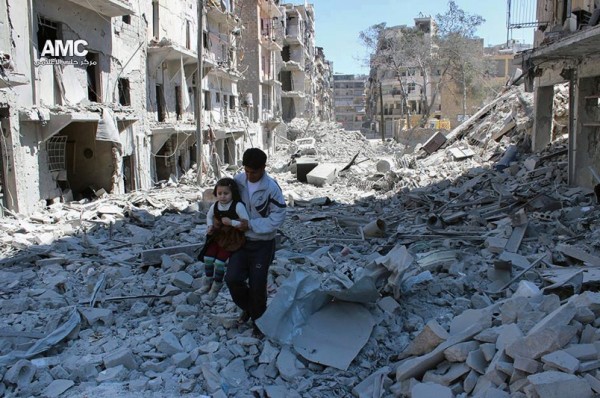 • Private consumption, which is the main component of economic demand and a direct measure of household welfare, contracted by 41.7 per cent in 2014 compared to 2010, while shrinking by 11 per cent in 2014 compared to the previous year. This reflects another year of increasing hardship for Syrian households that have already suffered financially from job loss and surging increases in living cost. Thus, as people had less income to spend, the Consumer Price Index (CPI) continued to rise in 2014, with a fall in the CPI of 4.3 per cent in the first quarter that rose by 5 per cent in the second quarter. This trend intensified in the later half of the year as the CPI rose by 10.3 per cent in the third quarter and jumped by 22 per cent in the last quarter. This includes rising prices for basic commodities like bread, sugar, and oil derivatives that increased as the government loosened subsidies on these goods in the second half of the year.

• The coverage of exports to imports deteriorated sharply from 82.7 per cent in 2010 to 29.7 per cent in 2014; this is reflected in a huge trade deficit that reached 42.7 per cent in 2014; reflecting the exposure of the economy to external economies and depends to a large extent on imports that are financed mainly through external loans and
financial facilities. As economic dependency on external resources climbed, a growing balance of payments deficit consumed foreign reserves and created a mountain of debt for the next generation.

• The government adopted additional liberal policies to reduce subsidies through increasing the prices of many basic goods and services. While this will increase government revenues, it will have significant socioeconomic impact
on household welfare, particularly of poor families. It will also increase the cost of domestic production and raise the cost of basic goods such as bread and energy.

• The country is plagued by joblessness and unemployment, as the unemployment rate surged from 14.9 per cent in 2011 to 57.7 per cent by the end of 2014, where there were 3.72 million unemployed persons. Some 2.96 million from these people lost their jobs during the conflict, with the loss of income impacting on the welfare of 12.22 million dependents. Tragically, the expansion of the economy of violence is producing “makework” activity within the economy, with an increasing share of Syrian youth joining various networks to engage in conflict-related enterprises and illegal activities.

• At the end of 2014, the key pillars of the economy had corroded and were no longer sound. The economy lost fundamental aspects of economic security, including the waning sovereignty over resources and territory, an unprecedented balance of payments and trade deficits, a burdensome public debt and budget deficit, extremely high
inflation combined with unstable exchange rates, negative savings, low investment and mass unemployment that have all combined to produce considerable negative growth and massive economic contraction that has left the population bereft and destitute. 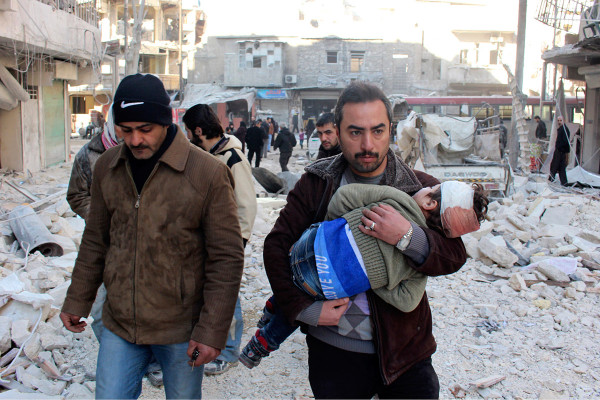 • Armed-conflict, economic disintegration and social fragmentation have transformed the human geography of Syria. This resulted in a hollowing population as it fell from 20.87 million persons in 2010 to just 17.65 million people by the end of 2014. Over half the population (52.8 per cent) were dislodged as they left their homes looking for safer places to live or better living conditions elsewhere. Some 6.80 million persons from this population-in-movement (58 per cent) continue to live in Syria as IDPs, with many displaced numerous times. The hollowing of the population has also resulted in 1.55 million Syrians migrating to other countries.

• After the unresolved and prolonged Palestine refugee issue, refugees from Syria now constitute the second largest refugee population in the world with an estimated 3.33 million refugees fleeing Syria by the end of 2014. During the past year Turkey displaced Lebanon as the major host of Syrian refugees, with 35.1 per cent of refugees sheltering there, compared to 34.5 per cent in Lebanon. Jordan hosted 18.7 per cent of Syrian refugees, while Iraq provided
haven for 6.9 per cent.

• The ruinous decent into poverty in Syria continued in 2014 when just over four in every five Syrians lived in poverty. While poverty varies among regions, those governorates that witnessed intensive conflict and had higher historical rates of poverty suffered most from poverty. Moreover, almost two-thirds of the population (64.7 per cent) lived in extreme poverty where they were unable to secure the basic food and non-food items necessary for the survival of the household. This was particularly acute in the conflict zones. As poverty has become increasing prevalent, 30 per cent of the population fell into abject poverty where they were unable to meet the basic food needs of their
households. The abject poor in the conflict zones face special difficulty with many facing hunger, malnutrition and even starvation in extreme cases.

• Education is in a state of collapse with half (50.8 per cent) of all school-age children no longer attending school during 2014-2015, with almost half of all children already losing three years of schooling. There is a wide disparity in school attendance rates across the country as the conflict is creating inequality in educational opportunities. The
conflict has generated increasing inequality between the different regions, while the quality of education also deteriorated. The loss of schooling by the end of 2014 represents a human capital debit of 7.4 million lost years of schooling, which represents a deficit of USD 5.1 billion in human capital investment in the education of school children.

• The appalling loss of life continues to be among the most horrific feature of the armed-conflict, as the death toll increased in the past year to reach 210,000 persons killed. Together with the 840,000 people who were wounded, 6 per cent of the population were killed, maimed or wounded during the conflict. Equally horrendous is the silent disaster that has reduced life expectancy at birth from 75.9 years in 2010 to an estimated 55.7 years at the end of 2014, reducing longevity and life expectancy by 27 per cent.

• The people of Syria are now forced to live under a terrible state of exception, estrangement and alienation with a massive social, political and economic chasm dividing them from those involved in violence and the institutions of violence. Most people continue to remain alienated from the subjugating powers that have been able to enrol some in
the machinery of violence, oppression and terror that has already squandered human values, lives and livelihoods of Syrians. While this estrangement and alienation are often seen as a symptom of exclusion, fear, subordination, indifference, hopelessness and despair, there are still people and institutions that refuse violence and the
state of alienation. They continue to struggle peacefully against the internal and external powers of subordination and alienation.