Iran Daily, March 17: No Sign of Breakthrough in Nuclear Talks 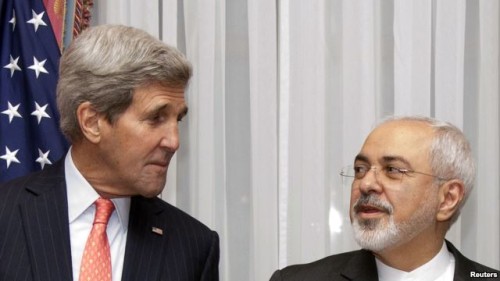 UPDATE 1430 GMT: Iran’s lead nuclear negotiator in technical talks has given a positive assessment of developments in talks in Switzerland.

Ali Akbar Salehi, the head of Iran’s Atomic Energy Organization, said almost all disagreements with the US and the 5+1 Powers had been resolved.

Salehi told Iranian TV that he looked for a resolution by the informal deadline of March 31, “The main issues have been closed. I hope that in the remaining time we can close this.”

The Iranian official said one technical issue remained to be resolved, possibly in an afternoon meeting between Iranian Foreign Minister Mohammad Javad Zarif and US Secretary of State John Kerry as well as the technical delegation. He declined to say if the issue was related to research and development.

Monday’s nuclear talks between Iranian Foreign Minister Mohammad Javad Zarif and US Secretary of State John Kerry made no visible progress towards a comprehensive deal.

Meeting in Lausanne in Switzerland, the two men spoke for about five hours over the key issues, such as the number and level of Iran’s centrifuges for uranium enrichment and the lifting of US-led sanctions. Iran and the 5+1 Powers are seeking agreement by a formal deadline of July 31 and an informal deadline, set by the Americans, of March 31.

A “senior US official” said it was not clear if a “framework deal” will be reached the end of the month: “Iran still needs to make some very tough and necessary choices.”

The two sides might be able to get closer to solutions if the present trend continues….

We should find solutions to all problems and then write down all solutions with full details and it is in that case that we can say we have reached an agreement.

Iran and the US also held technical talks, with the head of Iran’s Atomic Energy Organization, Ali Akbar Salehi, conferring with US Energy Secretary Ernest Moniz.

After the meeting with Kerry, Zarif went to Brussels to see British, French, and German Foreign Ministers, as well as the European Union’s foreign policy chief Federica Mogherini. 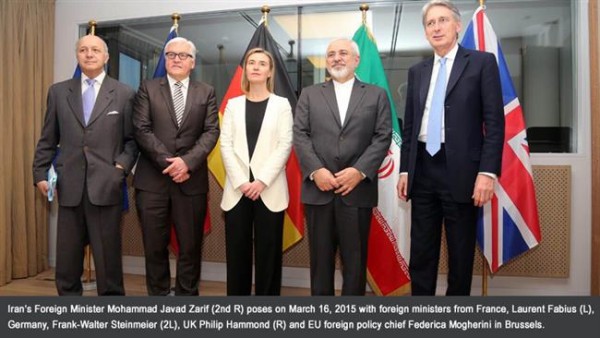 The main issue for resolution appears to be the timing of sanctions relief, with Iran demanding a quick removal of all measures within months of an agreement. However, on Monday, White House spokesman Josh Earnest maintained the US line of a process taking years:

We’re not going to give them all the sanctions relief at the beginning. We’re going to wait over the period of time that Iran can demonstrate their sustain compliance with this agreement and as Iran over the course of time fulfills these commitments, then the international community will respond by following through on the commitments that we’ve made to offer sanctions relief.

The onus in this situation is going to be on the Iranians to demonstrate their willingness to comply with the terms of the agreement and in exchange the international community will start to take steps in a phased pattern of offering sanctions relief.

Iran’s Araqchi said, “We succeeded in making progress in the previous two rounds and I hope that we could also continue this progress in this round, although there are still gaps because details are voluminous and complicated.”

He dismissed any idea of a March 31 deadline set by the Americans: “There is no date and we would not accept setting a date before [reaching] this goal.”