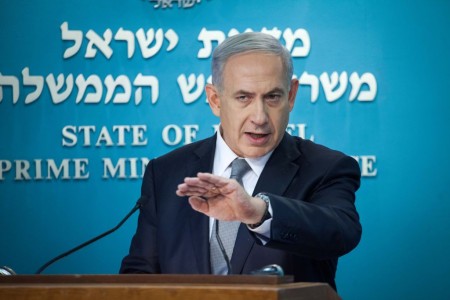 The Knesset leaders of Israel’s parties have agreed a date of March 15 for elections, following the break-up of the governing coalition headed by Prime Minister Benjamin Netanyahu.

The path to the election was laid on Tuesday when Netanyahu dismissed Justice Minister Tzipi Livni and Finance Minister Yair Lapid, leaders of centrist parties in his coalition. He said that they were now siding with “Israel’s enemies” and he could tolerate an opposition within his Government.

After today’s meeting, Netanyahu told Knesset members from his Likud Party that it needed to secure “a large faction in the next elections” so it would not be dependent: “This is my main lesson from the outgoing government.”

The leader of the opposition Labor Party, Isaac Herzog, declared, “We are the alternative….Netanyahu’s six bad years have come to an end….The people of Israel deserves a more responsible leadership.”

The Knesset is likely to be formally dissolved on Monday.

Netanyahu said on Tuesday that “it was impossible to do all the things that are important for the security and welfare of the citizens of Israel”, given the state of his Government.

Livni responded with “contempt” for the Prime Minister, saying he had fired her over the phone: “[He] didn’t even dare to look me in the eye to fire me.”