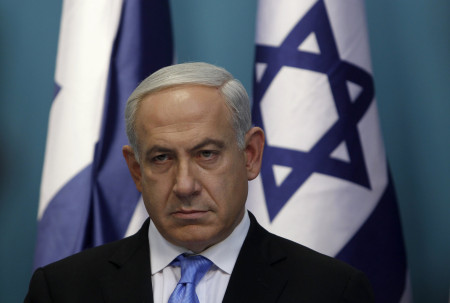 The bill, an amalgamation of two proposals by right-wing Knesset members, will be incorporated into another version that Netanyahu has developed since May, and then presented to the Knesset for approval.

The bill was supported 14-6 by the Cabinet, with Justice Minister Tzipi Livni and ministers of the centrist Yesh Atid Party in opposition.

Netanyahu reportedly clashed with Livni during the meeting, deriding her alternative proposal with more restrained language: “We wouldn’t be here if Livni had conducted herself differently. A flaccid stance doesn’t serve the current reality.”

Economy Minister Naftali Bennett praised the bill as a bulwark against violence and a law which only invokes rights:

The next time a law meant to stop infiltrators is brought to the High Court of Justice, the court will also have to consider that Israel is the “nation-state of the Jewish people” and not just “human dignity and freedom”. This is an important message for the residents of south Tel Aviv and for the entire country.