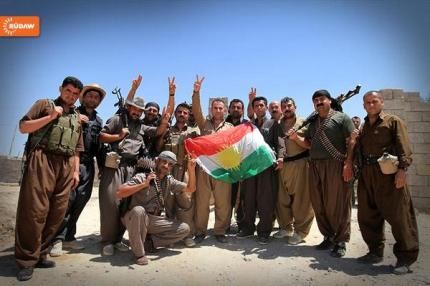 After more than three months of fighting, Iraqi and Kurdish forces have retaken the town of Jalawla in eastern Iraq from the Islamic State.

Kurdish commanders declared victory on Sunday in the town, about 70 miles northeast of Baghdad.

Colonel Hikmat Lawrani said the Kurds had suffered casualties, including from “planted bombs”. Medical and army sources said at least 23 peshmerga and Sunni militia fighters were killed and dozens wounded on Sunday.

Islamic State fighters were reportedly retreating toward the Sirwan River and the Qaraj mountains.

The jihadists had taken Jalawla in June, as an offensive swept through northern and eastern Iraq and advanced on Baghdad.