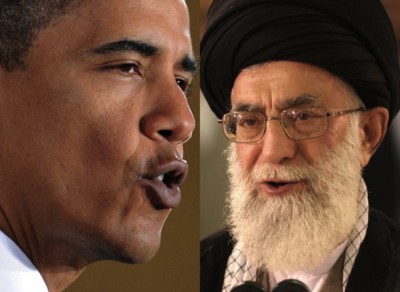 An Israeli official has leaked the alleged details of a secret letter from President Obama to Iran’s Supreme Leader last month.

According to the “Jerusalem official”, Obama gave Ayatollah Khamenei reassurances as he stressed the US desire to reach an agreement over Iran’s nuclear program.

Specifically, Obama said Washington has no aspiration to remove Syria’s President Assad — the US airstrikes which began inside Syria last month are solely against the Islamic State.

The Jerusalem official said Israel learned about the letter shortly after it was sent. He said the information came “through channels that are not part of Israel’s official contacts with the American administration”.

Sources said the Obama Administration had not informed the office of Israeli Prime Minister Benjamin Netanyahu about the letter, raising the already-deep suspicions about the US approach to the Iranian issue.

A “senior Israeli official” said Rice and Undersecretary of State Wendy Sherman, the lead US nuclear negotiator, did not think they could not complete a comprehensive deal with Iran by a November 24 deadline.

The Israeli officials reportedly asserted that the Iranians are holding out because they think the Americans want to reach a deal more than they do. They added that Foreign Minister Mohammad Javad Zarif wants a compromise, but has been blocked by the Supreme Leader.